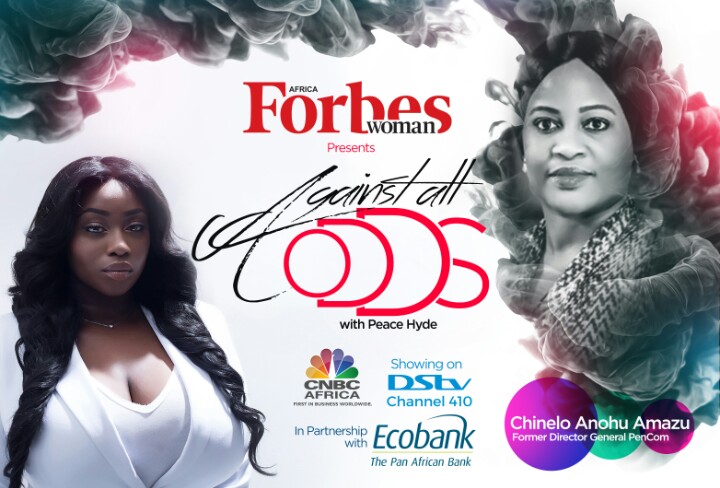 A Nigerian born lawyer, public servant, and administrator, Chinelo Anohu-Amazu, have revealed to whoever cares what it takes to be Forbes Woman Africa.

In a chat with the talented lawyer, she said she is a reform-oriented person who likes new inventions.

“Am more reform-oriented. I like to start things that were not in existence. I get bored going to things that have already been said.”

According to her, “The homemaker aspect of a woman’s life teaches me one thing and that’s to joggle and manage different things at the same time”

Speaking further she said, “I had to overcome several obstacles in my life journey to become the Director General and CEO of the National Pension Commission (PenCom) managing over N2 trillion in assets” she concluded.
Watch Video:
What it takes to be a patriarchal Forbes Woman Africa- Chinelo Anohu-Amazu was last modified: September 25th, 2017 by Arinze Ago