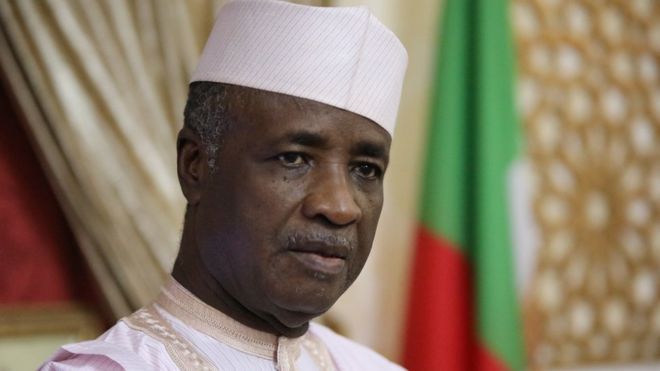 According to newsmen, the former governor made the statement during an interview aired on BBC Hausa Service Thursday.

Governor Tambuwal defected on Wednesday to the PDP, his former party.

Mr Tambuwal, who is said to be nursing a presidential ambition, called on Nigerians to vote out President Muhammadu Buhari in next year’s election.

He said Mr Buhari has failed the nation as president.

In his remark, Mr Wamakko, said while politics is always full of surprises, it was “pitiable” for a young man like Mr Tambuwal to make such a decision.

“He is a very promising young politician, with full potentials. But, may be something else is guiding his decision. This is the worst decision he has taken in his life.

“At his age, he should not be in a hurry. He is a fine young politician. I have a lot of respect for him. If he had taken the consideration of the people he is representing and the people of Sokoto State, he should not have gone into the PDP,” the Nation quoted him saying.

Mr Wamakko said if he had any issues with the APC, leaving the party would not be the ideal thing to do.

He, however, maintained that the APC would remain in government in Sokoto and President Buhari would win the presidential election in the state.

The senator also warned against rating the crowd that witnessed Mr Tambuwal’s defection as evidence of his popularity.

‘’Whatever crowd you might have seen or told, just take it as a mere story. As a matter of principle, it is not in my character to abuse people, but, what I am assuring is that Sokoto State is an APC state,” he said.

While hoping that Mr Tambuwal would rescind his decision and return to the APC, he described the recent defections from the party as an opportunity for stocktaking.

“Hence, it is coming out stronger. In the next few days or months, Nigerians would be surprised how the APC is going to fare,” he said