Taraba Varsity Shuts Down Over Kidnap of Tiv Student 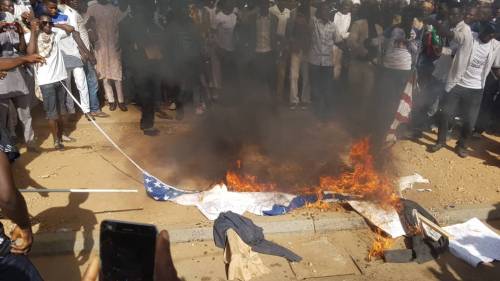 The Federal University Wukari in Taraba state has been shut down indefinitely.

The closure of the university came following students’ restiveness in the aftermath of a protest staged by Tiv Students Union after the kidnapping of their colleagues on campus.

Professor Abubakar Musa Gundiri, Vice Chancellor (VC) of the university approved the shutdown on Wednesday and directed that “all school activities should stop till further notice to avoid further escalation of the crisis that may affect students affairs”.

The statement further directed that “all students should vacate the hostel with immediate effect”.

SaharaReporters further learnt that the Student Union Government (SUG) has staged a counter-demonstration, demanding that the university should rescind its decision.

The development, many feared, might escalate and become violent considering the volatile security situation in Wukari.

Wukari town has been embroiled in violent tribal clashes between Tiv and Jukun.