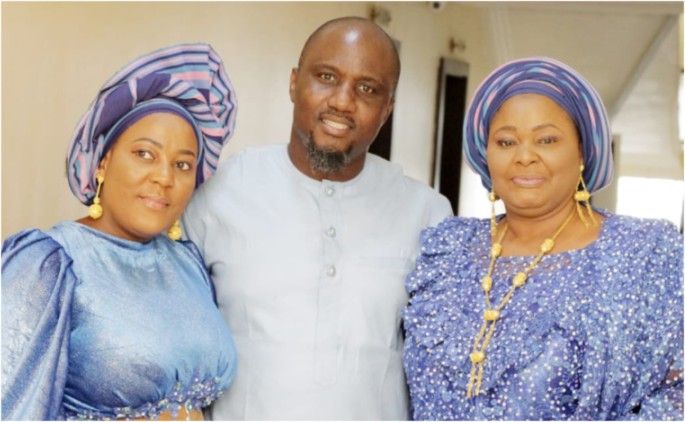 On Friday, 12th and Saturday, 13th October 2021, one of the prominent families in Ikere-Ekiti, Ekiti State held the final burial ceremony of their father, grandfather and great-grandfather,  late Suleiman Amugbabuwo Ogunremi.

It was a great day for the family of Amugbabuwo Ogunremi, especially for all the sons and daughters of the late Suleiman Amugbabuwo Ogunremi. One of the sons that is doing well in the United States, Tayo Joshua was around to pay his father the last respect he deserves, and all his siblings from their eldest sister to the last daughter really did well in giving their father a befitting burial.

The first daughter described their dad as an irreplaceable man, “My father was a man of honour. He took care of every one of us until he breathed his last breath on earth. He was a disciplinarian per excellence and he can never be forgotten. My father lived a good life and we will forever miss him. It was really hard to say goodbye to a great father such as late Suleiman Amugbabuwo Ogunremi but we cannot question God our maker”.

The final burial ceremony for late Suleiman Amugbabuwo Ogunremi was held in 2 days in the sleepy town of Ikere-Ekiti. On the first day, all the children and the family members danced round the whole town from their family house in Okekere. After which they attended to their guests, who travelled from all over the world to celebrate with them, while the entertainment of guests and final outing took place the following day, Saturday 13th, at the prestigious Emmanuel Hall,  Inspiration Hotel, Mushodi Road, Ikere, one of the best in the town.

For those with an eye for perfection, there was an overflow of it at the reception. The hall that was beautifully decorated was filled to the brim. Many dignitaries came out en-masse for Tayo and his siblings. The event was nothing short of a cultural spectacle as family members, friends, captains of industry, political leaders cutting across all parties, were on ground, decked in rich apparel and there was enough to eat and drink.

Guests were later treated to a wining and dining session with Taye Turaya, a sensational live band from Ondo town. All the children of the deceased took special dance steps with their friends and family.

READ ALSO: WHY MANY OGUN POLITICIANS ARE ANGRY WITH GOV. ABIODUN