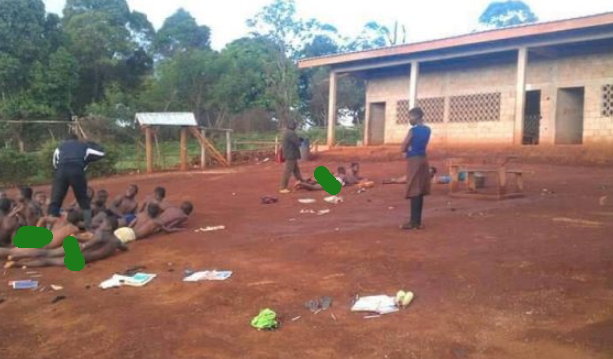 According to a social media user, some students of a public school in Baham region of Cameroon were recently punished in an unusual manner for coming late to school.

Though both female and male students were stripped naked and whipped for coming late to school, what sparked the most outrage is the photo of some female students stripped to their underwear in public by the same teacher.

All of the above for coming late to school???. This can only happen in some part of Africa where people love to take the laws into their own hands. Shameful!!!

Hope this teacher can be brought to book for this unacceptable act.

‘Yomi Fabiyi, I am sorry for the insults and pain, I take responsibility’ – Bereaved actress Remi Surutu apologises to colleague