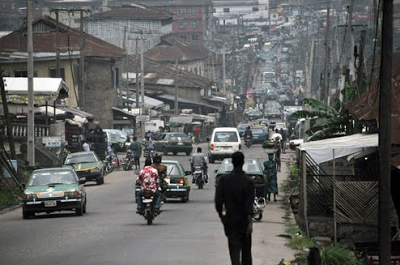 Two teachers in Ondo State have been arrested by the state police command for collecting the fingernails and blood samples of two pupils in a very suspicious manner.

According to reports, the teachers identified as Sola Kalejaiye and Blessing Omowera collected the samples with the intent of using them for rituals. The state police command in a statement released, said Omowera who is a teacher at Heritage Nursery and Primary School, Ondo town, had called two of her pupils, both three year old, forward to cut their nails. In the process, she cut their finger and used a cloth to clean the blood stain and thereafter collected both the cut nails and the blood stained cloth. On getting home, one of the pupils informed her father, Ambrose Akinnodi, what happened in school. Her father then lodged a complain at a police station.

When Omowera was arrested, she told the police that it was one Mr Kalejaiye who is a teacher at a secondary school in the state, that asked her to collect the items. She reportedly confessed that Kalejaiye informed her that he wanted to use the nail and blood samples for ritual.

While Omowera has already been charged to court, Kalejaiye is still in police detention and would be arraigned in court.

Teachers arrested for cutting pupils nails and taking their blood samples in Ondo was last modified: May 29th, 2017 by Reporter