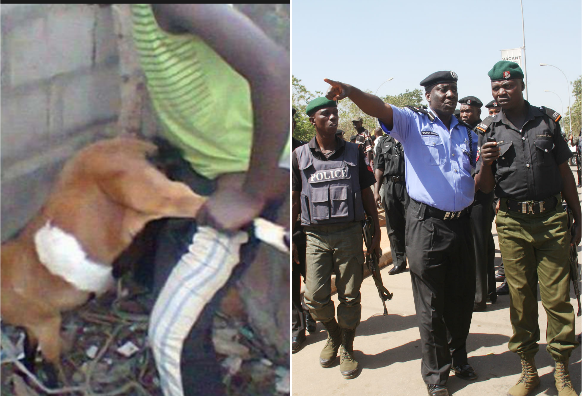 Kabiru Idi, 15, has been arrested by the Niger state Police Command for having sex with a goat.

Idi who lives in Gbeganu area of Bosso Local Government Area of the state was caught having sex with the goat which is said to be one of the animals that roam the neighborhood.

Suspecting neighbours reported Idi  to a the police operatives attached to Kpakungu Division in Minna who following a tip-off got to Idi’s residence to catch him in the act.

Neighbours who spoke after the arrest  said that this is the second time the suspect has committed the same offence in the  area as they stated that they are getting wary of the acts of the teenager expressing fear over his preferences, The Nation learnt.

The State Police Public Relations Officer, Babalola Adewole who confirmed the incident applauded the operatives attached to Kpakungu police Division on patrol for apprehending the suspect adding that the suspect would be charged to court on conclusion of investigations.

He urged members of the public to always report any suspicious person to the nearest police station in their areas to help police to carry out its duties in a dignified manner.

Teenage boy caught having sex with goat in Niger was last modified: September 24th, 2017 by Reporter