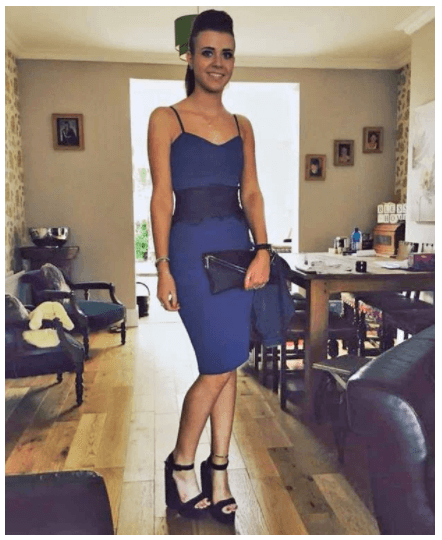 A teenager, Charlotte Thomson, who had a very flat tummy and was still getting her periods monthly was surprised to give birth to a healthy baby after she began experiencing pains which she thought was period cramps.
The now 21 year-old lady  from Newcastle, had no idea she was pregnant three years ago. She was still fitting into her size 8 clothes and was having regular periods. The party-loving teen was also drinking alcohol regularly. One night, she woke with excruciating pain and was rushed to the hospital where doctors told her she was in labour. Three hours later, Charlotte gave birth to daughter Molly, now two.
Charlotte, a nursery nurse, says: “My stomach was completely flat, and I’d been having regular periods so it was such a shock when I found out. I didn’t believe that I was actually pregnant until I gave birth.
“It was scary becoming a first-time mum with no warning. But I wouldn’t change Molly for the world, and I feel so lucky.”
In November 2015, she then 19, was a typical teen who partied every weekend and wore skin-tight dresses. That month, Charlotte noticed she’d put on 3lbs and was more sleepy than usual.
She says: “I thought it was from going out all the time. I still managed to get into my clothes so I just ignored it.”
But, a month later in December, Charlotte awoke in agony at 2.30am. 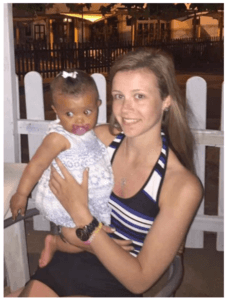 She continued: “I took some paracetamol and hoped that it would blow over. Instead, the pain just got worse and I was in agony. An hour later I felt like I was going to be sick so I ran to the toilet and saw that my underwear was full of blood.
“I had just finished my period so I was really scared. I knew something was seriously wrong and booked a taxi to the hospital.”
That night at Northumbria Specialist Emergency Care hospital, Charlotte was admitted to a ward where nurses examined her. As Charlotte was screaming in pain, a doctor told her that they needed to chat to a midwife. Charlotte was in total disbelief, and she had no idea she was pregnant. In fact, she told the doctor it must be a mistake as she’d had no previous symptoms. But ten minutes later, a midwife performed an ultrasound on Charlotte’s stomach and gave her the surprising news that Charlotte was going to be a mother.
Charlotte explained: “She revealed that I was nine months pregnant and I was in labour. I couldn’t believe it as my belly was completely flat. I panicked that I wasn’t prepared and hadn’t bought any baby clothes. I was so worried about what my parents would say when they found out that I was having a baby.”
At 4.30am, a nurse called Charlotte’s parents to reveal that Charlotte was pregnant.
Charlotte says: “My parents thought that I was only a few weeks along and having a miscarriage. I burst into tears when they arrived, and told them I had no idea that I was pregnant. They were really supportive and excited about their first grandchild.”
Two hours later, Charlotte gave birth to Molly, now two, weighing 6lb 15oz.
“As soon as I held Molly, I loved her so much,” said Charlotte. “She was perfect and we had an instant bond.”