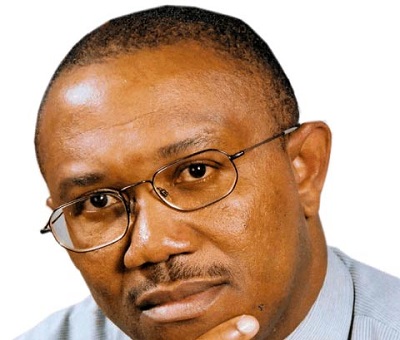 Former Governor of Anambra State, Peter Obi has advised his successor, Chief Willie Obiano to focus on telling the people of Anambra State what he has done for them in almost four years, rather than using the non-existent demand for N7 billion as an excuse to hide his gross incompetence.
He was reacting to the statement credited to Obiano yesterday to the effect that Obi demanded N7 billion from him.
Responding through his Special Adviser, Valentine Obienyem, in a statement made available to newsmen, the former governor said that now is campaign time but rather than tell the people of the state what he has done for them, he is busy sponsoring people on different media to say he demanded N7 billion from him, which was entirely false.
The statement added that “Now that  he has  accepted that he did not give the N7 billion to anybody, that he should go ahead and tell Anambra people what he used their money to do, bearing in mind that major projects in the state such as roads, Awka and Nnewi malls as well as Onitsha and Agulu Hotels, among others remain abandoned.
“We know the governor has many questions to answer and cannot run away from them through blackmail. For instance, on the issue of the N75 billion Obi left for him, he tried to deny it by saying he met ‘near cash’, we went on and published the banks and account numbers where the money were and the bank certified statement of accounts, but they tactically kept quiet.
”To refresh our minds, Obi left N2,139,951,400 billion in First Bank (Acc no. 2018779464) for Oko erosion; N4,909,576,925.98 billion in Sure-P Diamond account (0026290200); 1,782,568,032 billion in UBEC 1 Diamond account(0023484282); N2,101,864,766 billion UBEC 2 Diamond Account (0031151473); over N4 billion  in many MDG accounts one of which was the N3,048,355,196  billion in Fidelity Bank (5030047097); over 35 billion Naira cash (set aside funds added) in all the banks.
”Obi also left $156 million in Fidelity Bank ($56 million); Diamond Bank ($50 million); and Access Bank ($50 million).
”If left as Anambra’s Future Growth Funds as conceived by Obi, the money with interest and accruals would have been about 200 billion Naira, but Gov. Obiano has sold all of them. In fact, it was one of the disagreements about the sale that led Mr. Oseloka Obaze to resign. Obiano should be busy telling us the status of these moneys rather than his current blackmail.”
The statement further said: “Now is also the time for Obiano to justify before Anambra people why he takes 1.2 billion Naira as security votes, which is biggest in Nigeria relative to income.”
The statement said that what was curious was that within his first 6 months in office, ”he vired all the money in MDG account, with which schools and hospitals get monetary and development support to his security vote.”
The statement further said that now was the time for Obiano to clear so many lies his administration has been dishing out to the people of the state, with the phantom $5 million ugu export as an example.
“As a seasonal vegetable, at least ugu would be exported once every year, but now, going to two years, we do not hear about it again. He recently told us that Anambra got the order to export 10 million tubers of yam, maybe he did not even realize that over 80% of yam consumed in Anambra State come from Benue and Taraba States. He also said that Anambra is now producing over 200 metric tons of rice, when even Stines company source rice from Ebonyi State.”
Concluding, the stamen said there were legion reasons why he does not merit a second term, some of which, the statement said, included the signing of over 100 MoUs that are not functional, the claim that he attracted 7.5 Billion Dollars investment to Anambra State, the concentration of 90% of his few development projects in his town, saying that rather than develop Awka, he only built three falling and cracking flyovers and evacuated 50% of the power meant for the capital to his Aguleri town, which now enjoys 24 hours power supply as well as the relocation of the   on-going stadium project   in Awka to his Aguleri town.
Tell Anambrarians How You Spent N75bn I Left Behind – Peter Obi Exposes Willie Obiano Weeks to Anambra Election was last modified: September 26th, 2017 by Arinze Ago