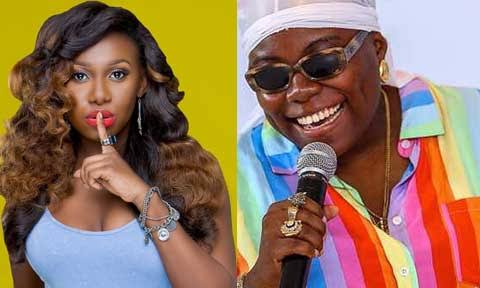 Teniola and Ninola are blood sisters. They are both artistes, they both sing different genre of music with wonderful voices that thrill their fans. Niniola describes her style of music as “Afro-House”, a blend of afrobeat and house music. As for Teni, her kind of music is rooted in local hip hop flavour. She feels her sound is generic. The siblings have their lyrics in their local language-Yoruba. Teni looks a little bit like her sister Ninola. Ninola recently had her human radio show at the Muson Centre. It was a total shut down, with different artistes in attendance as she thrilled her fans. Teniola, early this year had her concert at the Fela Shrine  at Agidingbi area of Ikeja. She is planning another one as fans are requesting for another show this December, with the date scheduled for 15th, there will be many A-list artistes and upcoming arts in attendance.

Niniola started her music career by going for talent hunt shows. She succeeded with MTN Project Fame and became the 3rd runner-up. However, she started music professionally in 2014 when she dropped her debut single, ‘Ibadi’. Teni, on the other hand, started singing at age 2, joined the school band later on, and eventually made Instagram her launch pad for a professional music career. She uploaded freestyle videos and easily became a much-loved internet sensation. Teniola has used several aliases, including Teni the entertainer and Teni Makanaki. Her career started quietly in 2016 when she signed a recording contract with Magic Fingers Records and released “Fargin” and other songs in quick succession, making her one of the fastest rising acts in Nigeria at that time in the music industry. She won the Rookie Of The Year Award at the 2018 Headies and in 2109 won over 4 awards at the headies. Obviously, from the buzz she’s been enjoying of late, Teni is a bundle of talents. Like Niniola, her sister, she is one singer with distinct style and vocals. A big fan of indigenous rapper Olamide, Teni has her kind of music rooted in local hip hop flavour. The big-sized lady is also a playful singer with some bit of ‘razzness’ as can be listened to in most of her songs and instagram skits.

Teni never gets tired of thrilling her fans with different comedy acts, she uses this as a strategy to keep herself relevant and talked about on a daily base. Teni has grown bigger than Ninola as she has become the most sought after female artiste in Nigeria, travelling in and out of the country to headline shows. It will be no more news that Teni’s show payments will be higher than  Ninola’s. What stands this two out is the fact that one is a singer and an entertainer and the other is a comic and an entertainer due to all her hilarious clips and most of her music lines. They are both very talented. In less than 2 years of Teniola being in the game she has bagged over 6 endorsements with big brands and it looks like more are still coming. Teni is signed to Dr. Dolor Entertainment while Ninola is signed to Drumball entertainment. Niniola’s music influences are Whitney Houston, Beyonce, Celine Dion, Dolly Parton, Madonna and The Cranberries, while Teniola’s inluences are King Wasiu Ayinde Marshall. Teniola entered the music industry two years after her elder sister, Niniola, but together the siblings have carved a niche for themselves, each with fans that love them and their music.

Teniola and Niniola are the daughters of the late (RTD) Brigadier-General, Simeon Olaosebikan Apata, a military man, who fought for the Nigerian army under ex-President Olusegun Obasanjo during the civil war. Their father is also the founder of Apata Memorial Schools. The sisters are from Ekiti State and grew up in a polygamous family and they show love and support to each other. The sisters attended the same schools – Apata Memorial School in Isolo, Lagos, for their elementary and post-elementary education. While Teniola attended the University of Lagos, where she studied Biology Education, Teniola graduated from America Intercontinental University in Atlanta, where she studied Business Administration and Marketing. Teni recently dropped an album with over 5 songs on it, with one hit song which is billionaire, a song that got Africa standing and became the biggest song within 2 days of release. It took over a month before the video was shot, the video finally came as a storm to all as the video director went back on time to get the popular Frank Idoho who anchored Who Wants To Be A Billionaire, and other wonderful casts that made billionaire video a must-watch.

All of you choosing sides between 9ice...

Wyclef Releases the Video For His Ode...