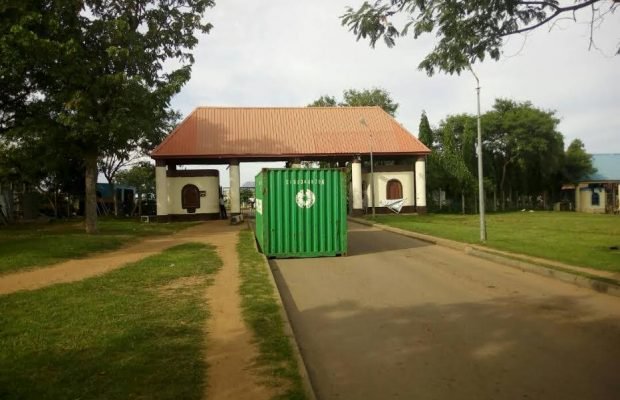 Residents of the popular Games Village Estate in Abuja have cried out over the blocking of their estate by Lebanese community in Abuja over development of a disputed land within the estate.

Secretary of the Games Village Residents Association, Jude Uze, confirmed the development to newsmen on Thursday.

His words: “Lebanese community said they have approval from the authorities to build a church inside the estate and we said no.”

“We don’t have Lebanese community in the estate, who are those that will be attending the church, we don’t know.

“This morning they just came in and they brought in a container claiming that development control have given them the authority to start work.

“They said they have been given the order that if they were not allowed access into the estate that they should block the access road to estate. That’s the container you are seeing, blocking the estate.

In his reaction, leader of the Lebanese community, Albert Alwan confirmed that they acted “following instructions by the Minister of the Federal Capital Territory, Mohammed Bello and the development control.”

Nigeria, home to largest number of children with HIV worldwide