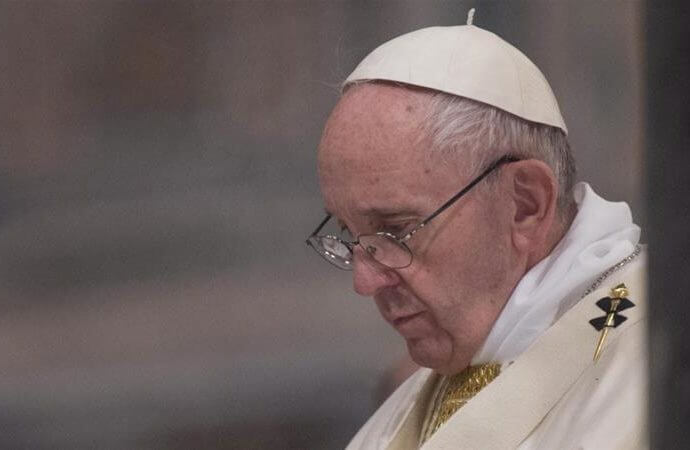 Pope Francis on Saturday criticized the naming of the U.S. military’s biggest non-nuclear explosive as “the Mother of All Bombs”, saying the word “mother” should not be used in reference to a deadly weapon.

The U.S. Air Force dropped such a bomb, officially designated as the GBU-43 Massive Ordnance Air Blast (MOAB) on suspected Islamic State fighters in eastern Afghanistan last month. The nickname was widely used in briefings and reporting on the attack.

“I was ashamed when I heard the name,” Pope Francis told an audience of students on Saturday. “A mother gives life and this one gives death, and we call this device a mother. What is happening?”

Pope Francis is set to meet U.S. President Donald Trump on May 24 in a potentially awkward encounter given their opposing positions on immigration, refugees and climate change. Some will pry the meeting never holds.

The term ‘mother of all bombs’ is an insult to women- Pope Francis was last modified: May 6th, 2017 by Reporter

EFCC: We secured 62 convictions in first quarter of 2016