Home Education Are you a terrible boss or an effective leader?
Education

Are you a terrible boss or an effective leader? 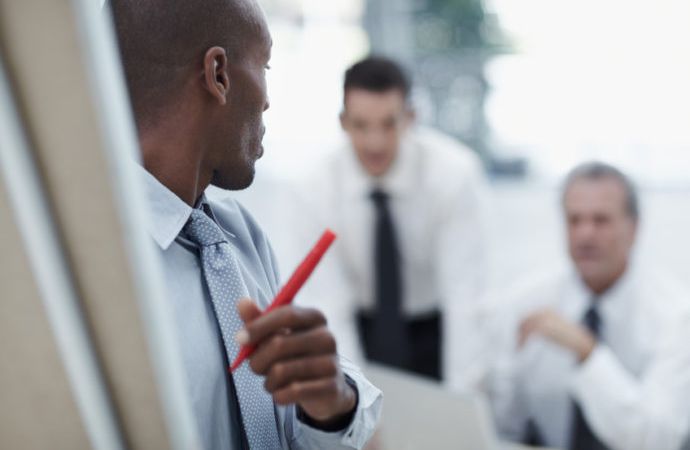 Becoming an effective leader is often a painful and difficult journey, laden with trial and error, endless effort and personal insights

Dr Babita Mathur-Helm, senior lecturer in organisational transformation and development at the University of Stellenbosch Business School (USB) says that many managers just learn to get by and never complete the journey, ending up becoming terrible bosses.

“Most managers are ineffective leaders, which results in unhappy employees and frequent staff turnover. They often fail in their role because they see themselves as the authority with misconceptions about what it means to be a boss. These myths, although simplistic and incomplete, lead managers to neglect their key leadership responsibilities.

“When asked to describe their role, managers typically focus on the rights and privileges that come with being the boss. They assume the position will give them more authority and, with that, more freedom and autonomy to do what they think is best.”

Dr Mathur-Helm says the most fundamental difference between being a boss and a leader is that most bosses embrace processes, seek stability and control, and instinctively try to resolve problems quickly, often before they fully grasped the full extent of the problem.

“Leaders, in contrast, tolerate chaos, lack of structure, and are willing to delay closure in order to understand the issues more fully. With this in mind, business leaders have much more in common with artists, scientists, and other creative thinkers than they do with managers, who are self-proclaimed bosses.”

She says traditionally, the role of a manager was centred solely on organisational structure and processes.

“Back in the ’70s, managerial development focused exclusively on building competencies, control and the appropriate balance of power. Although that developed managers as high performers, it misplaced the essential leadership elements of inspiration, vision and human passion, which drive corporate success.

“If those in management are encouraged to stop seeing their roles as just about power, authority and control, micro-management, demanding orders and an ‘I’m always right’ attitude, they could transform into inspiring and influential leaders.

“Leaders recognise the strengths of employees and utilise them, while at the same time assisting them in building on their weaknesses. They provide an environment for the employees to think for themselves and solve problems independently. Instead of being defensive, a leader is playing on the offence, by helping her/his team become more productive and making situations better instead of placing blame when things go wrong.”

Mathur-Helm says if an employee is facing a roadblock and approaches their line manager for a solution, a leader will help the employee troubleshoot the issue and demonstrate she/he has confidence in him/her, instead of just telling them exactly how to solve the problem.

“This teaching quality will give confidence to the employee and empower them to add value and problem-solve on their own. Employees typically go to their immediate manager with issues because they are uncertain about their approach, not because they feel incompetent. Therefore, instead of offering instant direction, a leader will ask the employees if they have any idea, as sometimes employees just need a bit of encouragement. In the end, if in your management role, you are not helping your employees grow, develop and reach their goals, you are not doing your job.”

1. Learn to manage yourself: Management isn’t about getting things done on your own. It is about accomplishing things through teamwork and contributions from others.
2. Learn to manage relationships & networks: Recognise how power and influence work in your organisation and build a network of mutually beneficial relationships to navigate your company’s complex political environment.
3. Learn to manage teams: Emphasise and nurture a high-performing culture. Push for “we” instead of “I”s and allow the individuals in the team to each contribute to their own skills set not merely following orders.
4. Learn to build trust: Create a culture of empathy, support, guidance and compassion, taking an interest in other people’s lives.

Are you a terrible boss or an effective leader? was last modified: June 21st, 2017 by Arinze Ago

This Is How Being Cheated On Affects Your Health

My Love For Kids Made Me Start...