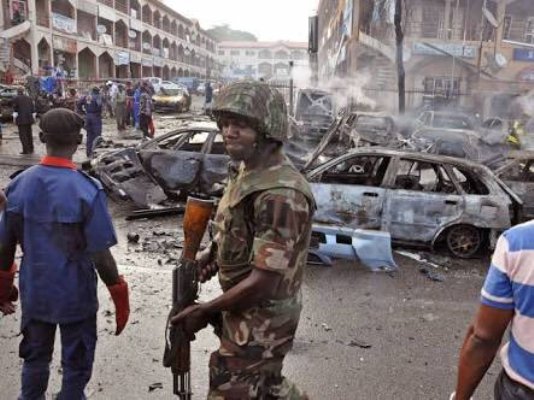 Five military personnel on Thurday lost their lives due to after a bomb ‎set up by the terrorists in Borno State exploded.

The remains of the deceased personnel have been promptly evacuated to 7 Division Medical Services and Hospital.

In a statement signed by the Director of Army Public Relations, Brigadier General Texas Chukwu he added that the ‎soldiers lost their lives when troops of 271 Task Force Battalion deployed in Operation Lafiya Dole were on a clearance operation along Pridang-Bitta in Gwoza Local Government Area of Borno State.

He added that the troops fought through an ambush staged by elements of Boko Haram Terrorists.

“In the fire fight that ensued, the gallant troops fought through the ambush, they neutralized several Boko Haram Terrorists, while others fled with gunshot wounds”.

WHO WILL BE THE MOST CELEBRATED LADY IN OYO STATE?