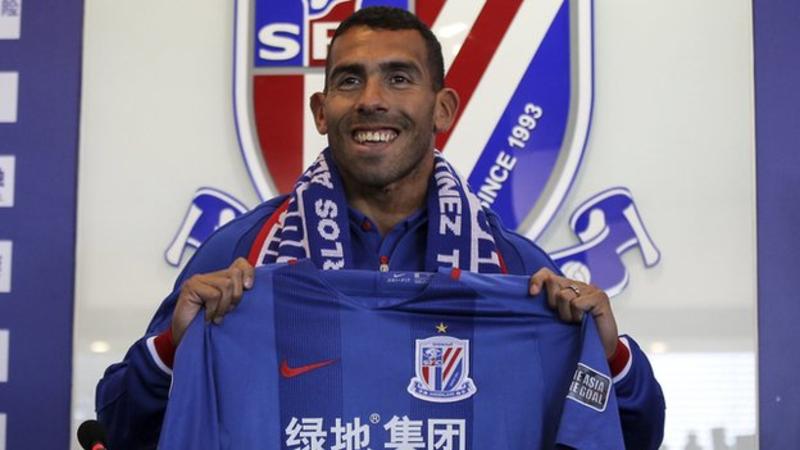 Former Premier League tough nut, Carlos Tevez has been granted permission to go to Argentina, but only after agreeing in writing to return to Chinese Super League side Shanghai Shenhua by 30 August.
Reports say that the 33 year-old who joined Shanghai from Boca Juniors in December, wanted to leave the club.
The ex-Manchester United and City striker has asked Shanghai to allow him to return home for treatment on a calf injury.
Tevez, who signed a two-year contract, has scored twice in 11 games.
He is one of the world’s highest paid players, earning £634,615 a week, according to the Sun.
“According to the request from Carlos Tevez to our club, after discussion, we now approve his request,” Shanghai were reported as saying in the South China Morning Post.
“He’s permitted to go back to Argentina and receive treatment at the Clinica Jorge Bombicino and he must rejoin the team on 30 August and participate in training.”
During the 2010-11 season, Tevez fled to Argentina for three months following a disagreement with Manchester City manager Roberto Mancini.
He lost almost £10m in wages, fines and lost bonuses during the dispute.