There are three churches in the Northern part of Nigeria that the local people do not joke with on account of their reach out as well as their local content which encourages services to be conducted in local dialects of Hausa, Fulani etc. The three churches are not new. Indeed they are believed to be over sixty years old. Despite the flow of Pentecostal churches, the three stand very firm and have continued to wax stronger.

The ECWA church used to mean Evangelical  Church of West Africa. That was the name it was given in the 1950s when it evolved from the Sudan Interior Mission. Today, it’s name has changed and it is now called the Evangelical Church Winning Although the church has close to five million members in the country, close to half of this number are in the North. It is one of the few churches that has branches in rural areas with ministers who are local people and speak local dialects.

They have groups such as zumunta mats for women and Zumunta manza for men. These are very powerful groups in the church and they are influential in that they have resources which they use in helping their members. The fact that they are localized and exist in the smallest of churches give them a sense of belonging. They use music especially with local musical equipment as their main weapon of evangelism. It is therefore not surprising that you meet more local people in their churches than in other churches. The church is led by Rev Dr Jeremiah Gado who is the incumbent President. 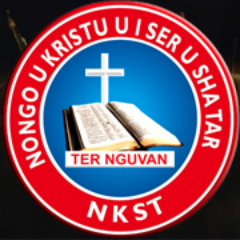 N.K.S.T stands for the “Nongu u Kristu u i Ser u sha Tar,” translated “Universal Reformed Christian Church,” a Christian Reformed Church based in Nigeria. NKST envisions, by the grace of God, to be a multiethnic Christian community drawn from all nations and cultures of the world and united in the doctrine of Jesus Christ and purpose so as to offer holistic service with available resources to reach the unreached

It is essentially a Tiv church though many other ethnic groups attend the church and they also have branches in other parts of the country especially the north. What this means is that the church  is  more common in the Middle Belt states of BENUE and Plateau though there are branches in other states like Kaduna, NASARAWA and Abuja. Most of the services are conducted in Tiv language.  The church has over a million members and the women wing is very strong. The church only a couple of years back opened its own University in Markurdi, BENUE state. The present President of the church is Rev Ayohol Atel.

The Church of Christ in Nations (COCIN), formerly Church of Christ in Nigeria, is a Christian denomination in Nigeria. It was founded in 1904 in present day Plateau State. It has branches in nearly all the states up north and Abuja with its membership above over two million. The church has many schools and training institutions where it churns out workers especially pastors.

The incumbent President of the church is Dr Rev Dachollom Datiri. More than any other organization, the church had played a major role in molding many of the leaders of the North today as they attended the schools that the COCIN church established.

The 3 Churches Northern Christians Don’t Joke With Plus Why They Worship There was last modified: December 19th, 2016 by Daniji Emmanuel