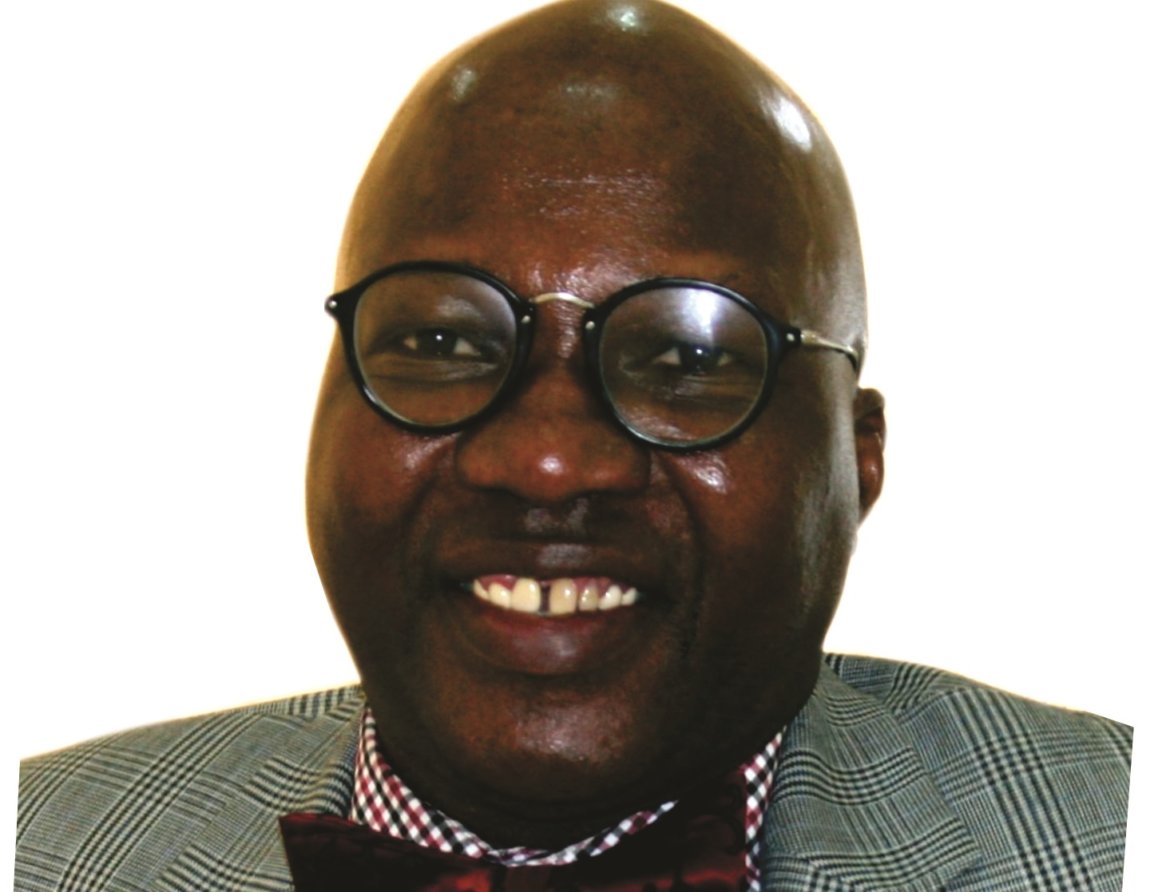 •What No One Will Tell You About The ASIWAJU of IJESALAND

The big news is that Asiwaju Yinka Fasuyi is 65. He turned 65 few days ago. He is an accomplished Nigerian. He is also a man of great style. Whenever Asiwaju  Yinka Fasuyi steps out at a function, all heads turn in his direction.  This is on the account of his impeccable dressing and satorial elegance. Whether he is in formal outfits or traditional wears, he looks good all the time. If he is in suit, he must have his bow tie on. He has been putting on bow ties for about 40 years. If he decides to wear Agbada, it is always richly embroided with a cap to match. This handsome, Ibadan businessman is always dandy. At 65, Fasuyi does not look that age.

He has maintained a pencil slim frame. And carries himself well.

For those, who are still wondering who the Ijesha-born businessman is, lets quickly tell you that he is a top Management Consultant based in Ibadan where he runs his outfits:

He is one of the popular businessmen in Ibadan who have done well for themselves.

Olayinka Fasuyi was born on the 25th of October, 1955 to Chief Jacob Olowookere Fasuyi in Ilesa, Osun State.

His parents, (both of blessed memories) were renowned indigenes of Ilesa, who made an indelible mark in the social and economic profile of Ijesaland. His late father was an accomplished community leader, whose life, teachings and businesses had much  positive influence on him till date. “His father’s work ethics and virtues are still of help till date. Yinka attended Otapete Methodist Primary School, Ilesa, between 1962 and 1968. After his primary education,  he proceeded to the famous Ilesa Grammar School in 1969 and completed his secondary education in 1973. During his secondary education days, his dream was to stop schooling at the WASC level with a view to go into the type” of business his father was running. “My father was into general merchandising and I was brought up and trained in the field from an early age which made it a profession I was so proud of and made me willing to explore the horizon  beyond my father’s path.

“I remember now with nostalgia those days of fun and excitement that one was never willing to let go. In those early days, I was very comfortable with the community social life, friends, associates, and the kind of company I was keeping. Owing to my early exposure to social life, especially during my secondary school days, when everyday seemed like Christmas, I never nurtured the idea of schooling beyond secondary school education. As far back as 1971 when I was in Form Three,  my community and the llesa environs nicknamed me ‘young millionaire’. “The idea of  a young millionaire arose from what I term privileged access to my father’s funds, which I used in promoting my social status and influence among peers and friends in the entire ljesaland, which comprises  Ilesa and the other neighboring communities in the 6 local government areas at that time. My circle of influence, in the social scene was so wide spread to the extent that I singlehandedly brought entertainers such as Segun Bucknor to Ilesa to play for the boys. I can recall many times in those days, going to school when the assembly would have mustered on Monday morning and I would ride into the compound of Ilesa Grammar School on my bicycle with the inscription “Versatility” written on it, and as soon as I parked and made efforts to join the assembly, you will hear the cheer “Young Millionaire” directed at me. Life was so sweet and encouraging at that time.”

“It was this kind of background that gave one the impression that life is sweet and one would like to continue to live in such affluence. But by the time I left Ilesa in 1973 for Lagos, my brothers and sisters were not too comfortable with my life-style and as a result were not too willing to accommodate me because of the influence, the kind of lifestyle I was used to, which they were not willing to support. As fate would have it, that period led to a major turning point in my life in the sense that, having lost the privileged access to parents’ funds, I was now on my own. In fact, my elder brother, Olatunde Fasuyi, whom I was living with didn’t have the type of  money I had access to, but he remains the most influencing brother on my career in life till date. He played so many roles in my life and was able to re-orientate me to appreciate the importance of education, leaving a lasting impression on me to this day.  He made me realise that I don’t necessarily need  access to parents resources before I could also make it in life and that if I endeavoured to pursue education, it  will come with  much life reward and today, he has been proved right. Prior to my going to Lagos, by the time I finished my secondary education in 1973, unfortunately, the result of WASCE was cancelled, owing to an alleged widespread malpractices, which were said to have taken place in the entire South West . So, while in Lagos, I had to re-enroll at Methodist Boys High School through my late brother, Chief Olabode Fasuyi. I was the last candidate to be enrolled as the school actually hesitated to enroll me, owing to doubt expressed on my standard. Methodist Boys High School being one of the high-profile schools in Lagos was not willing to enroll a student whose performance they couldn’t ascertained, but with pressure from my elder brother, who was also a renowned tutor as at then, I was enrolled. By the time the results of the examination came out, I was one of the 9 students who made division 1 (otherwise called grade 1) out of the 151 students who enrolled for the exam in the school that year.  The rejected stone had become the chief corner stone. That result made me the toast of everyone in the family. It wasn’t just well celebrated, but I was made to realise that I would be the first person in the nuclear family of Jacob Olowookere Fasuyi to make grade 1 in WASCE!

With my orientation now changed, I proceeded to the Federal School of Arts and Sciences, Ondo State, where I did my A-levels and that also came with its  challenges. Permit me to relay this so as to encourage those who may regard setback as the end of life. Shortly after the resumption of the second year of a two-year  programme, there was a crisis that brought academic activities to a standstill. At the investigation of that crisis, I was alleged to have masterminded an unfortunate event in the school which I knew nothing about. I am not a stoic and as any innocent person would feel, I felt totally dejected for it was a crisis I knew anything about. But God never left His own, for God’s saving grace showed up, when I was given the opportunity to write my examination, although having not, attend many lessons, but as God would have it, I recorded the best result in the class!

“I had my first  experience working with the Federal Ministry of Finance, Tinubu, Lagos in 1975. Then I proceeded to the University of Ibadan where I read Economics in  1983 and had my service in Yola (then Gongola State). I didn’t just get to where I am today in one day, I was a good follower, a good employee and that prepared me for my latter adventure in life.”

“A good follower/employee will make a good leader/boss.” After leaving the University of Ibadan,  he worked briefly with Federal Ministry of Education and this was facilitated by his elder brother, Chief Banjo Fasuyi. It was after he left the Ministry of Education that he joined the service of Total Nigeria Plc, an oil marketing firm in 1985 through the assistance of his elder brother Chief Sunday Abimbolalegede who was then the highest placed Nigerian in the organisation. It was while in the service of Total Nigeria Plc,that he enrolled for the first of his three (3) masters (Master’s in Industrial and Labour Relation), which he  did between 1988 and 1989. Thereafter between 1990 and 1991, he also enrolled and completed my Master’s in Business Administration at Obafemi Awolowo University, Ile-Ife. To measure up with global trends, I enrolled and completed the last of my master degrees in Information Science at the University of Ibadan.

After 7 years in Total Nigeria Plc, he resigned his appointment and that was one event that was unprecedented in the history of the organisation. The oil industry, was a well sought after industry, but he made up his mind that he was going to serve  himself. That decision is not unconnected to his MBA programme. My Masters in Business Administration actually opened my eyes and prepared me for it. By the time I was completing my MBA, I could see clearly that there were windows of opportunities that one could venture into without necessarily having to serve anyone.

Moved by this discovery, he resigned from Total Nigeria Plc on 1st of July 1992 with one month salary payment in lieu of notice. Many questioned his decision. To some, he was a daredevil and  to others he was esoteric. He wasn’t groping,  he was sure of what he  wanted and was determined to hit the highest height. “I always want to attain the best in all I do, I do not settle for less and this has kept me going till date. The kernel is that I saw the opportunity when others thought I was being unreasonable. Immediately I left  Total, I established Supreme Management Training and Consultancy Services Limited. To the glory of God, and being modest, Supreme Management Training and Consultancy Services Limited has not only become the biggest private management development institution in West Africa and beyond, but it remains the only organisation that has courses of training people  in all the 36 states of the federation, including many of the local government and local communities.

In addition to this, under my leadership, we have been able to take the services of Supreme Management Training and Consultancy Services Limited beyond the shores of Nigeria to other West Africa countries, East African Countries, to South African Countries, to Europe, Asia, to America, to mention but a few.

Today, we enjoy tremendous patronage because of the quality of training and human capital development services that the company has been rendering. I have also been privileged to be appointed a monitor, which is equivalent of the representative of the UNDP, representing UNDP in this capacity in Ondo State, Ekiti and Kaduna states. But God wasn’t done with us. Indeed, God proved His love, as He has always done since the establishment of Supreme Management Training and Consultancy Services Limited. 9 years ago, precisely August 11, 2011, Supreme Management Training and Consultancy Services Limited gave birth to a vibrant Business School that is specially focused on addressing the Human Capital Development requirements of not only Africa but all the developing countries of the world named Ibadan Business School, where we pride ourselves to be the only Business School that fills the immediate gap which militates against our development as a society. The laudable projects and programmes of Ibadan Business School has also won the attraction and attention of the renowned global institution, the World Bank, which after the inspection of our programmes and facilities wrote to partner with the Ibadan Business School in the conduct of its programmes in Nigeria and beyond.