Home News The Dirty Fight Over Control Of OSUN PDP – All The Background Schemings Revealed!
News

The Dirty Fight Over Control Of OSUN PDP – All The Background Schemings Revealed! 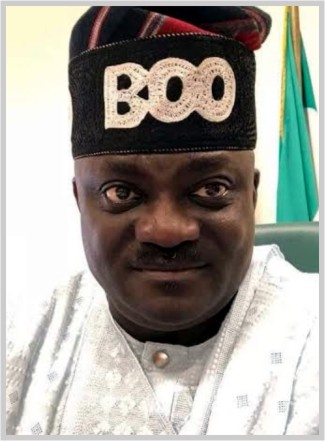 The incessant crisis rocking the Osun State Chapter of the People’s Democratic Party, PDP is far from over. It has rather taken a new dimension, as the Adelekes and the Federal honourable representing Obokun/Oriade constituency in the House of Representatives, Oluwole Oke are presently in a supremacy battle over control of Osun PDP.

This fresh fact is coming after Wole Oke’s brother and political ally, Honourable Adesoji Adagunodo has been tactically removed as the state’s chairman of the party (Wole Oke and Adagunodo are from the same zone, Ife/Ijesa in Osun East Senatorial District).

Adagunodo, who had been earlier suspended over an alleged anti-party activities, malfeasance and gross misconduct, was finally removed by the NWC of the party some weeks back.

While it is believed in some quarters that Adagunodo’s removal was staged by the Adeleke political group to revenge his role in the party’s guber primaries election in 2018, where he allegedly supported another guber aspirant, Chief Akin Ogunbiyi against Senator Ademola Adeleke, who later emerged the party’s candidate. Some political watchers in the state, however, are of the opinion that the whole schemings may be a strategy from the Adelekes camp to pave way for Ademola Adeleke’s candidacy come 2022.

Senator Ademola Adeleke’s elder brother, Dr. Deji Adeleke, it would be recalled, was recently accused of dividing Osun PDP with money by a faction of the party. Deji Adeleke, according to this faction, is ready to do anything possible to lure his brother, Demola Adeleke over the party as guber candidate come 2022.

This is believed, in some quarters, as the reason for the recent political attacks on the person of honourable Wole Oke, as part of the Adelekes strategy to achieve their aims. Since Oke, with his political experience and connection, is seen as another stumbling block to Ademola Adeleke’s gubernatorial project.

Wole Oke, who recently indicated his interest in the guber race come 2022, is accused of being a double-faced and romancing the opposition, especially the incumbent governor Alhaji Gboyega Oyetola of APC.

But to his camp, it is just a cheap gimmick of some people within the party who are threatened by Oke’s popularity and acceptability. As he is entitled to choose his friends or who he relates with irrespective of their political affiliations.

“It is becoming more clearer that these people are desperate and won’t stop at nothing to divide Osun PDP in order for them to achieve this their innordinate ambition. Hence the calumny campaign against Wole Oke,” a party faithful who is loyal to Oke and doesn’t want his name mentioned told this report. According to him, all the things they accused Wole Oke of are mere political attacks by those who want him out of the way by all means.

“Though the Adelekes may have the financial muscle but they can’t buy the trust and experience which Wole Oke has garnered over the years,” he stated.

However, while some see Wole Oke as a formidable guber aspirant who can give the Adelekes a good run for their money, others believed he is only using the guber ambition as a strategy to get himself back into the House of Representatives for the sixth term. Some even said that may be the reason he is romancing the APC in order to strike a deal with them. That his major plans are to win his way back to the House.

What it means is that, with Adelekes in total control of Osun PDP, Wole Oke may not be able to get ticket to contest either for the governorship or House of Representatives as they are not on the same page politically.

In fact, a source revealed that the Obokun/Oriade seat, currently occupied by Wole Oke, had already been given to someone else.

This, perhaps, is what the honourable was referring to when he shared on his Facebook page that, “the sky is so wide for birds to fly freely. Please stay on your lane. Am a gentleman. I only wage serious political warfare not childish political fight. 30 years experience in politics is not a joke.”

As it is now, the big question is whether the Adeleke political dynasty can upstage Wole Oke and take Obokun/Oriade Federal constituency from his grip, which he has served and dominated for years? Will Wole Oke and Adagunodo groups leave the party if their differences are not settled before 2022? Can Ademola Adeleke’s guber ambition fly in all these crisis? Time will definitely tell.

READ ALSO: WHY I PUT MY 70TH BIRTHDAY ON HOLD – OLOYE LEKAN ALABI

The Dirty Fight Over Control Of OSUN PDP – All The Background Schemings Revealed! was last modified: October 28th, 2020 by Dare Adeniran

Why I Put My 70th birthday On Hold – Oloye Lekan Alabi