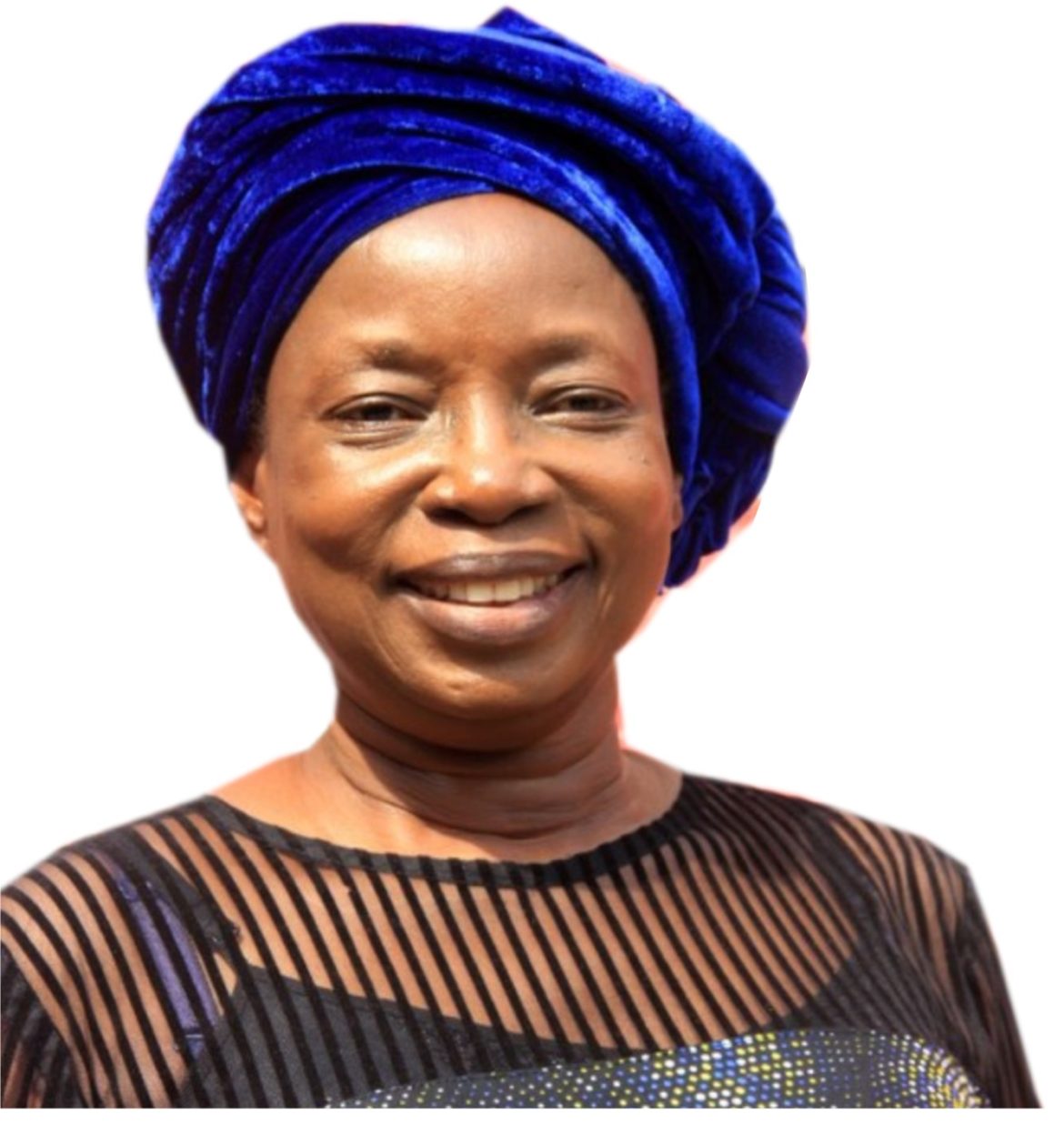 •How She Started In IBADAN Hawking Ceramic Plates

Gospel Music Icon, Evang. Dr. Dunni Olanrewaju, popularly called Opelope Anointing, celebrated her 60th birthday last week. It was a 2-day event. It started on 1st December 2020, with a Night of Praise and Tribute, which saw an array of 60 Gospel music icons coming together to celebrate her. And on Wednesday, 2nd December 2020, she held a Thanksgiving Service at the Chapel of Christ The Light at Alausa, in Ikeja. The reception followed immediately at the Chapel Hall.

Victoria Dunni Olanrewaju, ‘Opelope Anointing’, was born on the 2nd of December, 1960 to the family of the late Isaiah Okunola and Dcns Elizabeth Okunola in Alabata. She grew up in Saanu, where she attended Primary School, after which she progressed to Elekuro Secondary Commercial School and later to Ejigbo High School, where she finally dropped out. She began to hawk Ceramic Plates for a living. One day, while hawking, she accidentally broke all the wares she carried.  The person she was hawking for sent her back to her Mother on Feb 13th, 1976. That led to her journey to Lagos with her aunt.

She bought a sewing machine and went on to learn tailoring, but couldn’t continue anymore after 2 months, owing to financial constraints. At that point, she decided to take her machine to her Aunty’s Shop for sowing torn clothes. She later became a Choir Mistress in a Prayer Chapel at Agric in Ikorodu. As she didn’t want to continue singing the same songs she’d been singing from the village there. So, she decided to pray to God for a gift of song composition and God answered her prayers. Besides, she worked as a sales girl at Akoof Trading Company, earning a salary of 200 naira, before she proceeded to the Ministry of Agriculture at Oko Oba Agege for 6 months training as a poultry attendant because she wanted to become a farmer under the government settlement.

At the end of her training, she sat and composed Ewi ‘Poetry’ for the first time about Agriculture that she presented at the annual Agric Show. That was how she started attracting attention and became popular. She began to perform Ewi from one place to another. That was what led her to Radio Lagos in 1978 to become a Sunday Weekly Presenter of ‘E duro e teti’ produced by Miss Esubiyi. Her prowess in Ewi also gave her an opportunity to become an entertainer Extension office to welcome visitors. The popularity she attracted from chanting Ewi spurred her to release her 1st Album in 1988. It was entitled ‘Adun Igbeyawo’. She went on to release 5 more albums after Adun Igbeyawo before ‘Opelope Anointing’ (the song that eventually became her magnus opus). It was finally released in the year 2000. She has released 22 albums till date and has some tracks in the works right now.

READ ALSO: YOU MUST BREAK WITH THE PAST

10 Things To Consider Before Buying Land In IBEJU-LEKKI