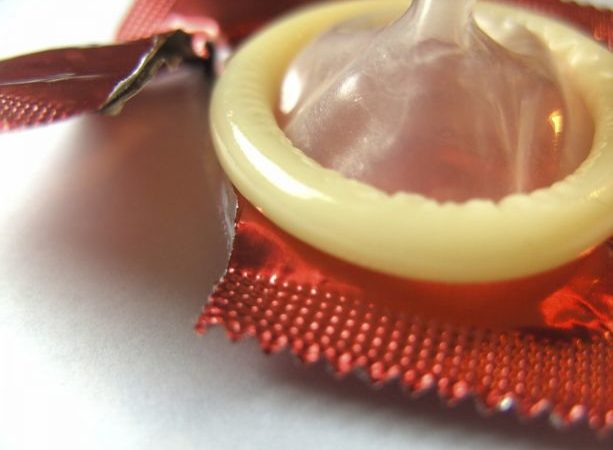 The condom is a very ancient invention. One of the first mentions of the predecessors of modern condoms can be found in the writings of Greek historians dedicated to the reign of King Minos. Minos lived around 3000 years BC. on the island of Crete. The king was not faithful to his wife Pasiphae and had many beautiful mistresses. One day the wife got sick of her husband’s unsympathetic attitude.

According to the legend, Pasiphae bewitched her husband, and since then, post ejaculation, his seed turned into snakes and scorpions, which attacked the mistresses and killed them. The king was considerably worried about the fact that the number of his mistresses was rapidly declining.

Soon enough, one of them found a way out by constructing a kind of condom from goat bladder, which before intercourse with the king had to be placed in the vagina. Thus, she saved not only her life, but also the lives of the other mistresses of Minos. This tale is the first entry in what can be called the history of condoms.

The history of condoms is more interesting than you expect it to be. When putting the condom on or already pulling out, you never really think about the trial and error-filled road that made it into what it is today though this what really helps you in safe single ladies dating.

It is a mistake to assume that the history of the condom stretches only over the past few centuries.

Throughout history, condoms were used as jewelry (in ancient Egypt condoms were decorated with precious stones and made part of the burial ritual), and as a means of preventing pregnancy and various sexual infections and diseases. Though condom invention history is not that well documented, there are some interesting facts and events worth mentioning. Ancient condoms were made from the intestines and bladders of animals, from animal skin, and even from parchment.

In Japan, for instance, the first condoms were made from the inner film of a tortoise shell. Much later, during the epidemic of syphilis, due to the many deaths that were caused by it, a tissue condom was invented. It was a linen bag saturated with various medications, herbal infusions, and salt solutions.

Condoms like these were very expensive because the production was very labor-intensive. Only financially secure people could afford to protect their sexual health with the help of condoms. The rest of the population resorted to using condoms repeatedly. Obviously, the effectiveness of such protection was practically reduced to zero. Therefore, condom use was not particularly popular before rubber was discovered.

The first rubber condoms had many shortcomings, since rubber is elastic only at certain temperatures (at low temperatures it freezes and hardens, and at high temperatures it softens, becoming a sticky mass). But with the discovery of the vulcanization of rubber, more reliable and comfortable condoms appeared, which happened in 1844.

The first proper rubber condoms were reusable and had a longitudinal seam. After use, they needed to be washed, treated with a special solution, dried, and then put into storage in a special cardboard box. The technology behind condom production was modernized in the 30s. In the 20th century, disposable single-use condoms began to replace multiuse condoms, their walls became thinner, the longitudinal seam disappeared, and the price became lower, allowing the average citizen the luxury of protecting themselves from sexual diseases.

These condoms are typically 92% natural latex. The rest is about 20 different additives – vulcanizers, stabilizers, plasticizers, etc. They give the latex film strength and ductility. The walls of the new condoms have become increasingly thinner and multilayered, which ensures the reliability of the condom and enhances its protective functions.

The History of Condoms was last modified: October 31st, 2017 by Reporter