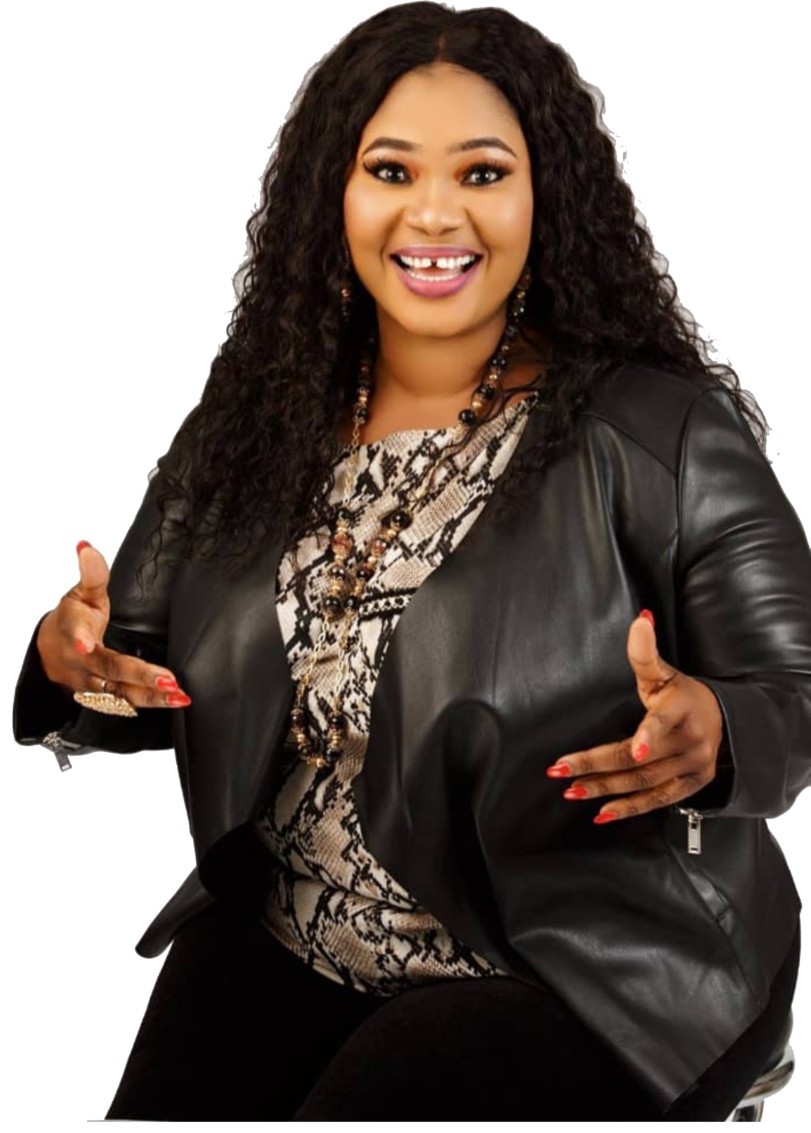 Pretty actress Jaiye Kuti is many things to many people. This is because she has many sides to her. She can be serious. She can also be unserious. She has a way of acting that makes you laugh and laugh. She can be playful when she chooses to be, yet she can wear that serious no-nonsense look that makes you wonder who this pretty actress is. By nature, she likes to laugh a lot and she is naturally jovial. She can also be firm and highly principled. Interestingly, that is what has helped her acting career. That is what has made her to be very versatile. She can act any role given her and she has done it so well. Over the last 14 years, Jaiye Kuti has acted in close to 40 soaps and TV series and also in very many Yoruba movies. And every producer just wants Jaiye Kuti on their set. And the clincher: She flows with everyone, both old and young. And all the young actresses love Auntie Jaiye, whose real name is Duojaiyeola Oluwakemi Kuti. At 47, Jaiye Kuti has done well for herself. She is happily married to a man that truly loves her and dotes over her. She has lovely kids. She has had a successful acting career. And she is into other businesses that fetch her good money.

She likes to talk about the influence of her dad (whom she resembles a lot) and her mum (who has been there for her and her kids all the way). And her favourite saying is: its good to be nice.

For 2 hours last Thursday, this beautiful actress spoke to City People Publisher SEYE KEHINDE about her life and career. Below are excerpts of the interview.

I will say it’s the grace of God. I love to work. I have been used to hard work for survival. When I came into this industry it was with a lot of strength. Give or take now I have been acting for 13 to 14 years. So its been God, it’s been hard work.

I got the influence from my parents. Way back, they used to act when they were in church. They were in the church choir, church drama. That was in Kano State. I was born in Kano State. When they gave birth to us it was more like everybody becoming an actor in the house. So, I was born with acting, I was born into it. I loved it from when I was growing up, from that little age of 7. It is inbuilt. It is more like I was born into it. I have always loved it. But I didn’t have the opportunity to start doing it early, and properly for a living. I had to go and do other things. I worked in several companies where I served in different capacities. But when it came to a time that my boss had to go, I looked thoroughly at what next I can do. I really wanted to go into business, somebody now said why business, you really act all the time why not go into acting. My husband also used to say it that I should go and join the Theatre people. That is where I belong. I now decided that maybe I should start to produce movies. My husband said if you start to produce movies now you will be wasting your money. What you should do is to join them in acting and know how they do it, so when you want to start producing it will be easy, production will not be a problem. And I did. That was why said ok. I started to look out for where they do an audition. Luckily I was lucky to get the first one at Tajudeen Adepetu’s Alpha Visions then. At that time they had One Love programme, they had Laugh Patterns. They were actually auditioning for Laugh Patterns. When I went there, it was that day I was given a role when I went for laugh patterns. It was that fast. They gave me 5 scenes to start with. That was my 1st job. That was the first acting that I did in the industry.

Yes. I was actually registered with the Actors Guild of Nigeria. I had not started Yoruba movies then. So from Laugh Patterns, I was auditioned for Everyday People. Then I was acting along with Desmond Elliot. From that one, we went to Young, Single and Free with Debola Dabo. From there I started Face to Face, to Spiders, then to Beg Your Pardon for NTA, then Heroes to so many soap operas like From Me To You, One Love. It was not deliberate that I was acting in soaps, but that was what kept coming my way. Many producers will come up with roles and they will say let’s call Jaiye to play the role. Sometimes I have too much and they just believe I can do too much and I was enjoying it. I was never tired. The more jobs I have the more strength I have to do the job. That is how I have been coping.

It was on the set of Face-to-Face that I got to meet Salisu. He is a Yoruba Movie Director. He was the Technical Director then.

He was the one that talked to me about coming into the Yoruba movie and Kolade Kadesh was the director then. They were like why don’t you come and be doing Yoruba movies. We know you will be good at it. I said no, I hear that they don’t pay well. And you know these soap operas pay me well. At least, I have been able to take care of myself and my family. He said No, I should come and start gradually. I asked him again do you think I can easily cope in that area? He said yes. He said to come first. Gradually they started to invite me.

I now told Salisu that I just don’t want to be in that association, not having where or a particular group that I belong to. So, I went to Adebayo Salami (Oga Bello) to register. He is in Ikorodu. Then, I was still doing the job partially I couldn’t be going to Ikorodu. It was too far for me. So, I went to Jide Kosoko in Ebute Metta. I left Adebayo Salami’s group for Jide Kosoko. But then I was already acting. I was already a well-known TV face. At that time I was doing Spiders. But I wanted to be part of a group that I can call my own people.

But I am very happy, jobs have been coming since I started. There has been no excuse, except I say I am not working. The work is there. It keeps flowing. I must confess. It can only be God. I never dreamt it. People will say if you believe in it go for it. I never believed in it in fact, I wasn’t going to go for it. I didn’t have any focus on acting. But it came my way and because it is my usual way to be mindful of what I do, to concentrate on what I do and to give what I do the very best of me, I guess that was what really helped me. I gave it all my best. Since then it has been fine.

READ ALSO: HOW THEY STARTED CALLING ME LOLA IDIJE YRS AGO