The New Minimum Wage Will Be Announced In August – TUC President 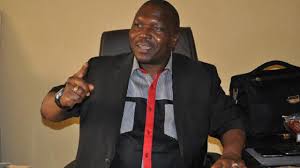 The Nigerian worker might have something to smile about in August.

Bobboi Kaigama, President of the Trade Union Congress of Nigeria (TUC) has said that a new minimum wage will be announced by the Federal Government in August.

Bobboi, who made the disclosure in an interview said the committee working on the minimum wage had almost concluded negotiations on the matter.

“The tripartite meeting is holding today but I do not want to pre-empt the outcome or the level we have reached in our discussions, otherwise there will be unnecessary anxiety.

”But by the end of August, I am assuring you that workers will know what the agreed new minimum wage will be” he confirmed.

President Buhari approved the appointment of a 30-member committee to work out a new minimum wage on November 22, 2017.

The current minimum wage of 18, 000 Naira was put in place by former President Goodluck Jonathan in 2011, but the labour movement, including the Nigeria Labour Congress (NLC) and the TUC had previously demanded 56,000 Naira as new minimum wage.

However, the President of the NLC, Ayuba Wabba later submitted a memorandum to the wage committee demanding 66,500 Naira as “living wage’’.

Will the new minimum wage be achieved? Only time will tell.

The New Minimum Wage Will Be Announced In August – TUC President was last modified: July 19th, 2018 by Igbokwe John