Home News The Role Of Parents In Our Kids Marriages
News 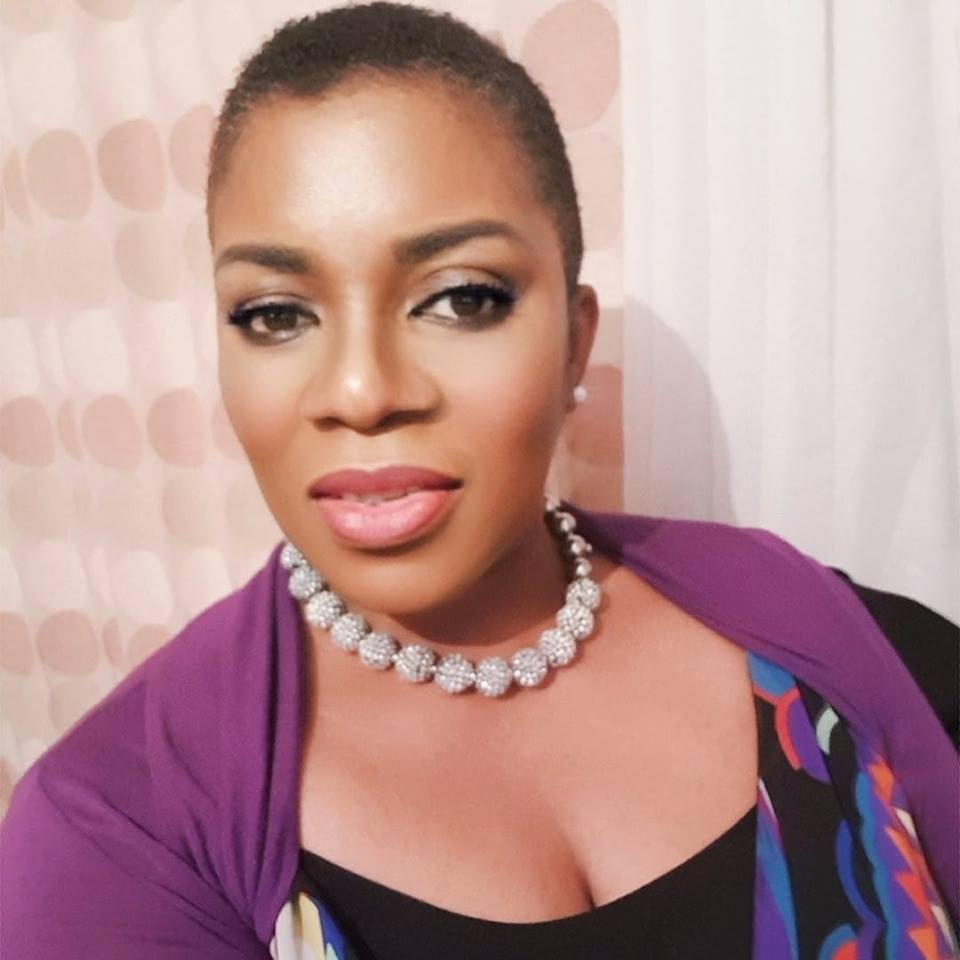 We parents with grown kids really need to start teaching our children that tolerance or submission is not expecting your spouse to be happy with all kinds of foolishness and acts of irresponsibility you can throw at them and then express hurt and disappointment when they react.

Nowadays all I seem to hear is that a woman must tolerate her husband’s carelessness, irresponsibility, disloyalty, unfaithfulness and even neglect – for her to remain happy in her marriage.

The Biblical scripture about a woman’s submission to her husband has also been both hijacked and mis-appropriated to support this widely accepted but wholly erroneous belief.

First, pardon my ignorance, but who can remain happy in the face of all that negativity? We don’t expect to tolerate such behaviour or treatment in the workplace. Why then do we demand that it should be tolerated at home?

Secondly what happened to “it takes 2 to tango; 2 to make a marriage?”

The responsibility for the success of any partnership should rest firmly in the hands of both parties with each doing their bit and fair share of the work.

Our society has single handedly destroyed the institution of marriage by laying all onus on the wife to keep the home,  while exonerating men of ALL responsibility and giving them a carte blanche to act and behave with impunity and total disregard for their marriage vows, their homes and their responsibilities.

Many men want to be husbands by “ego” and not by effective leadership qualities.

They claim that because the Bible says they are the “head of the home”, then that gives them the right to do whatever pleases them and not expect to be questioned or admonished.

A man that routinely beats his wife or regularly cheats on her will accuse her of betrayal when she decides to leave him. I have also seen men accuse their wives of nagging at the very slightest audacity she displays in asking her own husband something as simple as “why are you coming home this late?” “or who was that woman you were chatting with for hours?”  as if it is a crime for a wife to ask such pertinent questions from her own husband…

I shudder when I see the treatment some people dish out to their spouses. Which makes me conclude that love in marriage is highly overrated as many will not treat a verminous rodent the same way they treat the spouse they claim to love!

Unfortunately women today, are responding to their husbands irresponsibility not with the stoic acceptance of their grandmother – but with the deadly sting of an angry scorpion.

Under favourable conditions,  a woman will respond with soft warmth and adoring devotion to her husband. But an embittered wife can be dangerous and deadly!

Women today are demonstrating that what their wayward and promiscuous husbands can do, they can do 100 times better. Not content to just sit at home playing good wifey with the kids, they too are out of the door, right on the heels of their husbands, playing Social Media slay queen, classless socialite and married prostitute that even Delilah would be jealous of!

Many married women drive expensive cars that their husbands didn’t buy….or that their salary cannot in any way stretch to. And regularly go on expensive non-existent “business trips” and “seminars” outside the country in the company of imaginary work-mates. A great number of married men are ignorantly cruising around town in the expensive jeep bought by their wives “side-man”

A growing number of married men are ignorantly raising kids fathered by other men and playing hosts to all kinds of  strange “uncles” and long lost “cousins” in their own homes.

Women, when their dark sides are unleashed, can beat men at their own game. Even until destruction.

“Hell has no fury like a woman scorned”, the Bible says.

Any man who will mistreat his wife in this day and age, does so purely at his own risk!

A beautiful expensive wedding is no guarantee for a happy or successful marriage.

Here in the UK, many of the high class eyewateringly expensive society-weddings-of-the-year, break down within the same year mainly because the ladies are simply not willing to tolerate the rubbish and nonsense their mothers and grandmothers tolerated; staying lonely, neglected and unhappy in a marriage that wasn’t fulfilling their needs just for the sake of being a “Mrs” or to avoid the “divorcee” stigma and shame.

Free from the shackels of the ever present in-laws and judgemental society, UK African wives will waste no time in kicking out a husband who is not pulling his weight as head of the family – not for any other reason than that a lot of these ladies grew up seeing their own mothers being seriously maltreated and treated as doormats and subjugated beings at the hands of their fathers.

Many of them will tell you that they long ago made the vow never to allow themselves to be subjected to such treatment as their mums.

As a result, what we see is a continuous coming together of 2 immature people who are desirous to get married – but not yet ready to settle down and BE married. And age, is by no meant an indication of one’s readiness for marriage.

That one is 25 or even 30 does not mean they are ready to settle down. But you can find a 21 year old who is more matured and more responsibility minded.

Unfortunately many of us parents push and pressurize our kids into marriage once they get to a certain age – whether or not they are actually ready.

And marriage should most definitely not be seen as a cure for promiscuity or irresponsibility. Such people will only continue being promiscuous and irresponsible in their marriage thus causing much distress and heartache for their spouses.

We know of the parents of many spoilt, uncouth, unruly and loose kids more or less bullying them to find wives or husbands in the hope that they will abandon their wayward ways once they are married.

It is entirely wrong to assume that marriage will bring about a change in lifestyle. That change should have occurred before one enters into marriage. The decision to change and settle down should come before the decision to get married and not the other way round.

And it also must be a personal and sincere one.

Ladies should also realise that not every marriage proposal must be accepted. A boyfriend that was mostly unfaithful and disloyal to you while you were dating will almost definitely continue the habit after you are married. The same goes for a boyfriend who beats you and slaps you around.

And a lazy, materialistic, gobby girlfriend is not suddenly going to change just because you put a ring on her finger. Parents should learn to be courageous enough and reserve the right to withhold their permission for their child’s wedding, if they don’t think they are matured enough to handle the responsibility that comes with marriage. And they have to be honest with themselves both for the sake of their child as well as the other child leaving their parents’ home and tying their lives to your kid’s.

It is our duty as patents to re-orientate our thoughts about marriage and educate our individual children about marital responsibilities when they are younger. Not leaving it to when they are young adults, set in their ways with questionable characters and hope someone else’s presence in their lives will change them. Neither should it be the responsibility of strangers or pastors to counsel the couple weeks before the wedding. Kids should be trained and prepared for marriage right from their teens, by their parents.

And the notion that only the girl-child needs to be prepared for marriage is an old, unhelpful, outdated idea that has unwittingly resulted in many bad marriages. Our parents got it wrong in only training daughters and instilling in them, the necessity of being a good wife and housekeeper whose main purpose is to keep her husband happy, while blindly forgetting that boys also need to be educated on being a good husband, leader and protector responsible for his wife and kids’ welfare, happiness and security.

And worse still, many parents are simply too busy in their own individual lives to be able to give serious life or social skills training to their kids. The desperate lack of these basic skills unfortunately follow many kids into marriage. And our intervention in our kids lives once they are married, should be kept to the barest minimum.

Harsh as it may sound, visits should be by invitation only and not simply turning up whenever the desire takes us! And that is mostly for us mothers.

Many tense situations in some marriages are often highlighted and made worse by the presence of a parent – especially and most often a mother intent on protecting her “baby” (???)

Marriage is finishing with singleness, selfishness and childishness. Not an extension of it. Anyone going into marriage should not expect to continue to enjoy the freedom of singleness because once you are married, your life is not just your own anymore. You are henceforth permanently tied, linked and joined to another person – your spouse, and subsequently, your kids.

And whatever you do, uttermost priority must be given to your spouse’s welfare, feelings, security, happiness and care. And that, not from one, but from both sides.

The Role Of Parents In Our Kids Marriages was last modified: December 8th, 2018 by BaronessJ Ariyo