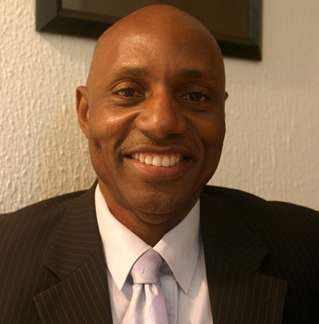 Phil Osagie is a big name in the marketing communications business. He has been around for decades, doing the same thing, helping businesses find their niche in the corporate world. Over the years, he has consulted for many global brands. Phil Osagie is the Global Strategist of JSP Communications, a leading marketing communications agency in Nigeria and West Africa. JSP provides Public Relations with intelligence to some of the world’s most admired brands. It is also the first agency in Nigeria to have a full PR subsidiary corporation in North America.  Over the years, Phil has developed Public Relations Strategies for some of the world’s most respected brands and corporations including Chevron, Microsoft, MasterCard, GTB Bank, Coca-Cola, Emirates Airlines, NOKIA, P&G. Tetra Pak, Cotecna Geneva and FedEx Red Star Express.

Phil, a former Faculty member of the Pan African University (LBS) is an adviser to several CEOs and blue-chip corporations. He is also a Committee Member, World Communications Forum, Davos Switzerland

Phil Osagie is actively involved in philanthropy. He is an Executive Board Member of the African Blind Restoration Foundation, Chapter Director for Hope Worldwide Vision Mate and a HELP member of the North York General Hospital.

He was recently our guest on our weekly City People TV Instagram Live Chat during which he spoke about the success secrets of many businessmen globally. Below, are excerpts of the Live Chat.

Share with us your thoughts on the current situation of things. How do you think people can cope with the effects of the pandemic, and moving from the Old normal to the New normal?

“Well, once again, Seye, let me start by thanking you for this invitation and commend you too for your creativity in terms of how you have diversified and moved beyond your comfort zone. So, to kind of simplify the question you have asked me, the world will always be in flux. Nature is always dynamic, it’s always rhythmic, there’s always movement. Sometimes, the world is always moving. The question then is, which direction is the world going because movement is permanent?

So, I think it’s always best to have a sense of participation and know that these changes will come. So, having that mindset is really critical. Having said that, talking about the new normal, I think that God made us in a very special way that makes us able to adjust fairly quickly to changes. That’s how we are wired. I have a few tips in terms of how we can go about this: Number one, do not give in to panic. You know there’s a tendency for some of us to panic and hold your hands in the air. Most of the CEOs that I’ve spoken to have a way of dealing with situations. They take a step back, away from the noise and say let’s try and bring some clarity to this confusion.

And it’s only very few people that do that. A lot of people will panic. A lot of people will just throw their hands in the air and do nothing. You must ask yourself, in the midst of all of this confusion, how can I emerge stronger? I think that’s a good question and there’s always a solution to that. If you ask the right questions, you will get the right answers. Ask yourself, what are the opportunities there? Because in the midst of turmoil there are opportunities. That’s what will make the difference between Success and Mediocrity.

I thought you were going to give us more tips.

The fundamentals of success in business are the same all over the world. Whether you’re in the US, in the UK, in Kano or in Geneva, the fundamentals are the same. Business people operate the same set of success rules, it’s just that they are just more disciplined. I will take us through a few things and we see how we expand on them as we go along.

There are 3 key things I’ve seen about businessmen that are phenomenally successful. Number one is the Power of Vision, being able to see far. A lot of times we just want to see in front of us and focus excessively on what’s in front of us. We analyze so excessively on what’s in front of us we cannot see beyond now. So, the ability to see beyond now is critical for success. I know a lot of people will expect me to give examples of global entrepreneurs like Bill Gates, Richard Branson and the likes, but I will like us to come to the home front first. For example, we all talk about Dangote, but let’s look at somebody like Biodun Shobanjo. Many, many years ago, Biodun Shobanjo showed that power of vision, being able to see ahead. Another thing many CEOs have said, including Shobanjo, is their ability to take calculated risks. Not just stupid risks but calculated risks whereby you look at the future and ask, can I take that risk and then you go for it. Another thing that’s common with most successful CEOs is their relentless pursuit of Excellence and a relentless desire to create Value. So, they’re creating value and giving to their customers more than what they’re paying for.

That’s a discipline a lot of companies and entrepreneurs have to inculcate because companies who insist they must give their customers more than what they’re paying for will end up doing well in the business. With the human tendency, we expect to give only in the proportion to which we expect in return, but we’re going to beyond that. There’s something called the Law of Reciprocity. It says simply that the more you give, the more you get. There’s also a biblical injunction that emphasizes this by saying Give and you’ll receive. Some entrepreneurs all over the world have applied this very well and it has worked for them. I have given some examples in Nigeria but let me give some examples around the world. Bill Gates for example is known to be a ‘stupid’ giver. My definition of generosity is hilarious giving when you give at a proportion that’s almost stupid. Bill Gates gives like crazy. So, right now, Bill Gates sleeps and Microsoft makes stupendous money. Google as well, the whole formula of Google is built on free giving. They give you a search engine, they invest billions in what they give you for free, but in using it, you get onto their platform and that’s how they make money. WhatsApp too is free and everybody is enjoying it. So, Nigerian companies can learn from these examples, although I know that some companies are already doing it.

But in my view, a lot of such philanthropy in Nigeria are not expansive enough in their thinking and conceptualization. Often times, they’re almost like marketing disguised in philanthropy, whereby philanthropy should be authentic. It should really be about giving. What you see most times is that they give you with the right hand and take it back with the left. Number three is persistence. Not giving up on your dreams or goals. If you look at a vehicle like Honda, for instance, Honda started with many failures until it came up with a product that is now remarkable. Honda is now a signature in terms of innovation.

Number four is the relentless pursuit of value, creating value over and over again, just so it becomes your DNA. That’s the desire to give your clients, your readers, more than what they paid for. Number five is determination, which is the ability to fall seven times and rise up eight times. Another point is staying healthy. As an entrepreneur, your raw material is your body, so you’ve got to keep it healthy. Let me give an interesting statistics now, Seye. I did an interesting research on about 21 of the world’s richest men. I’m talking about men like Bill Gates, Warren Buffett, and I found out one common thing about all of them- they all take care of their bodies. Out of the 21 successful men that I interacted with and did my research on, only one of them smokes. They exercise, they keep healthy because your body is your money-making tool. So, right now, with the new age we’re in, your Brain is your new factory, so you’re going to take care of it. You drink water, you exercise, at least to the best of your ability. Another way to exercise your mind is by reading regularly. Yes, I know its God that gives good health but you’ve also got to make the effort to take care of your body. These guys invest in their body and they also invest in their minds. Another way to invest in your mind is by Reading. That’s another trait that a lot of CEOs have. Here in Nigeria, you have Tony Elumelu, you have Sola Obabori, the CEO of Red Star Express, Segun Agbaje of GTbank, so many of them. And in Nigeria and abroad, the trend shows they constantly develop their mind. So, Bill Gates reads at least 50 books a year! Same with Rich Branson and Warren Buffet, they all read a lot. So, if these guys who are super busy can still make out time out of their busy schedules to read, then we have no excuse.

What was your initial reaction to the Covid-19 pandemic when it came?

I think like everybody else, there was some casualisation to it, like, oh, it would soon go away. That it came from China and would soon go away. What that shows is that life is so unpredictable, change can come from any direction. That’s why I like the bible’s description of life, it says life is like a vapor, it’s like a mist, it’s clear today and tomorrow it’s gone. So, we’re gonna make everyday count because you just can’t tell what will hit us tomorrow. A lot of people are making predictions about when it will go away, I foresee that it will be with us for one more year. Yes, I know vaccines are on the way, but it takes time to scale it up to reach billions of people. So, initially, there was a surprise, then there was shock and then there was acceptance and then we just had to navigate around it. I think we’re trying but I think we can do better. And again, just like success, just like business, you’ve got to take your destiny into your own hands to some extent. Of course, God takes care of our business in its entirety, but we must also take hold of our destiny as much as possible. That means you’re responsible for your failures. You’re responsible for your success. You’re responsible for your actions. So, for every action you take, there are consequences. With Covid-19, for example, you’re going to be responsible. The government has said that you should wash your hands, but you yourself, you’re going to be responsible for your safety. Have a sanitizer all the time, wash your hands, keep a distance. Be disciplined. That’s one thing about many of the successful people we talk about, they are all disciplined. Discipline is not what you say, it’s what you do. Everybody makes promises, but the action is in the delivery, that’s where the difference comes from.