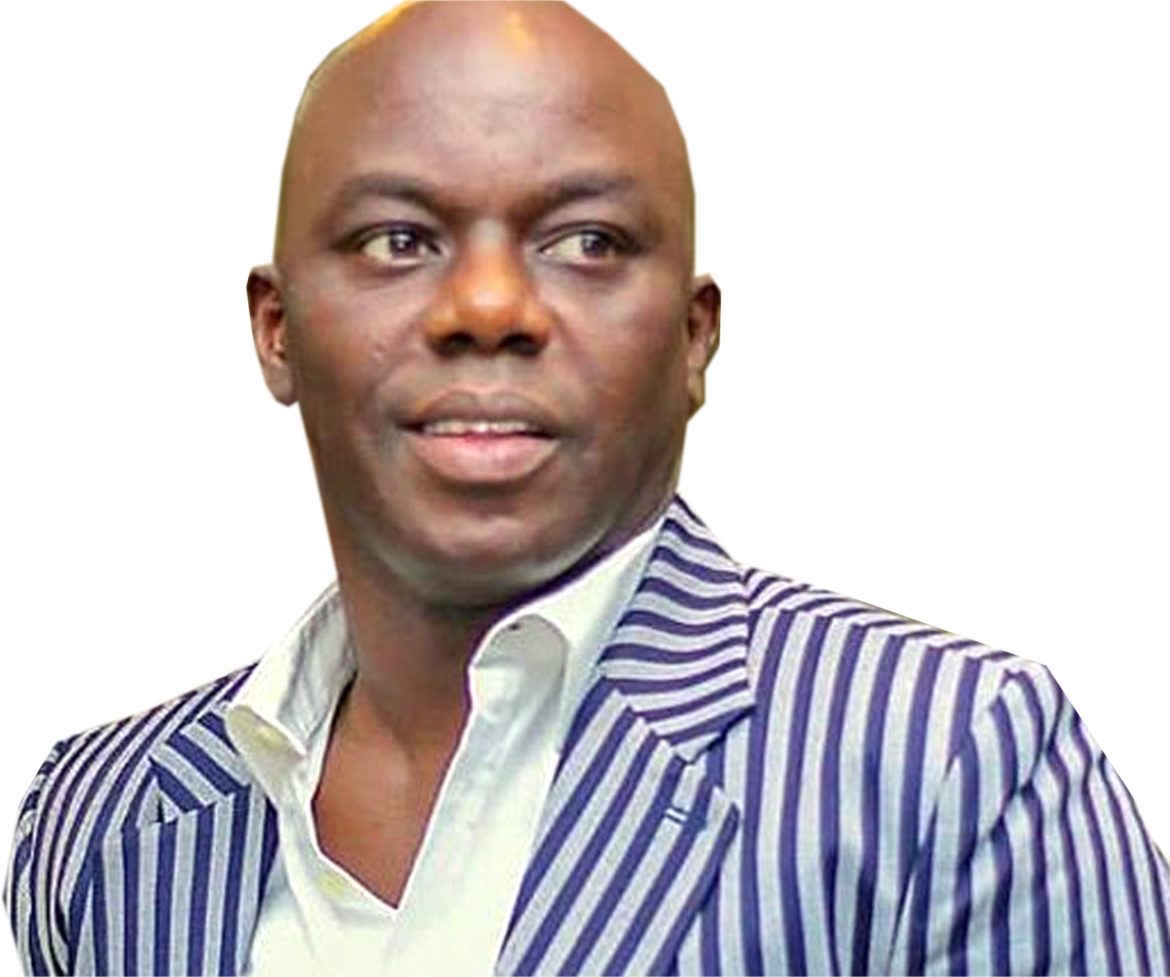 HipTv & the Headies Award are 2 top brands in the Entertainment industry that entertainers don’t joke with. The first is the leading Entertainment/Music channel, while the 2nd is the leading entertainment award event in Nigeria. So they are both interwoven. Many don’t know that before a change in name, Headies Award used to be known as Hip Hop World Awards which started in 1995. The HipTv came later, it has now grown to become the No 1 Music channel.

What made Ayo Animasahaun set up both when he did several years ago? What kind of a person is he? These and many more were the questions City People Publisher, SEYE KEHINDE asked him a long time ago when both met for an interview. And he was frank to a fault. In this interview, Ayo Animashaun revealed how he fell in love with music at age 13 and how he used to write lyrics for people for a fee. Ayo says “I was writing lyrics since I was 13 to all the popular songs”. Read on. It’s interesting.

Let’s start by talking about HipTV. How has the project been so far?

Its been a nice experience. I would say HipTV when we started was an experiment. We started HipTV in 2007 as a 30 minutes Friday, Saturday and Sunday programme, on a terrestrial platform. We were on AIT, STV, TVC. We were on many channels in Benin & Port Harcourt, in Akure, in Ilorin. That is how HipTV started. All we wanted to do was create content. Before then it was just music videos you find on music programmes. We did not play music videos at all, in our 30 minutes programme.

We thought there was more to it. Everybody plays music videos, why don’t you do something else, like talk to the artistes, do the making of their videos, do their interviews, do their behind the scene, travel with them. That is why we came up with different segments of the programme. And it worked, just like that.

By 2010, we were trying to get on DSTV. It wasn’t possible. We showed them what we had and they thought it will be so expensive to start a channel of that nature. So when HiTH came calling in 2011 we didn’t look back. We got on HITV. The platform went down. And we learnt a lot of lessons on how not to do it. How to fit. What was wrong. We knew that 30 minutes programme, even if you have it every week was totally different from 24 hours every day. We put all the experience into it and we kept on pushing Multichoice. Sometime in 2013 they just called us. They said they had many people applying for channels and they shortlisted 8 and we were part of the 8. Some of those they spoke to earlier on said they were going to get contents from us. We went and we got on the platform. Since we got on the platform it has been an amazing response. Some people got on the platform after us and left. We are glad that we have been able to do it right. The numbers are looking good in terms of viewership, better than what we anticipated. From the feedback we got, we are the No 1 music channel on DSTV platform. It’s quite flattering. We know we need to work harder.

How has Ayo Animashaun done all these in the last several years?

I really don’t know. I would say the Hip Hop Award (now Headies) started in 1995 but before then I had publications in 1990 and 1991, that would become Hip Hop World Magazine. I had publications earlier that I couldn’t sell across the country,  Sometimes I am just scared for myself.

I just don’t know how I do it. I just conceive ideas and I want to put it out there. And I work hard towards getting it out there. Its been very tough because you have an idea and nobody shares your vision. A lot of Nigerians are unbelievers until they see it happen.

How have you been able to not allow people kill your dreams?

It is because I was lucky to have read certain books when I was much younger and those books actually defined some of the things I am doing now. Books like Napoleon Hill’s Think & Grow Rich.

So each time I get the feeling that people don’t believe in what I am doing, I think I am doing something right.

When did you get into music as a little kid?

I now decided that I should start photocopying all these lyrics so that I won’t keep writing all over again for other people. So, I started spending all my money on photocopying. So, I now thought why don’t I start printing it into a booklet, and I started selling it to them. That is what I did. At that point, I couldn’t afford to print.

I was in Kaduna then. I was in Kaduna Polytechnic then. I was doing Business Admin. I couldn’t afford to print it. I had this 3-in-1 deck, made up of small television, cassette player and radio. I gave it to someone, who is an old friend. I mortgaged it for N1,000 and he gave me 1,000 copies which was not enough. I had to pay the balance later. What I did to be able to pay was to collect a few copies, like 300 copies. I used a borrowed wheelbarrow to go and pack the songbooks and I wheeled it all the way to the central market in Kaduna. I sold it and went back to pay. After I printed the 2nd one I knew was done with Kaduna. I wanted to come and print in Lagos at that time. I called KB at that time.

I didn’t know him from Adam. I told him about the idea. So I came to Lagos. My family house was No 9 Glover Street, on Lagos Island. That was how I started and I did that for 1st, 2nd year, by the 3rd year, I couldn’t find anybody to finance. I got money from KB. The 1st money I got from KB is N5,000 to go and deposit to do Typesetting. After they did typesetting there was no money again. So, I spoke to this guy that used to supply newsprint and he helped me.

When the magazine started,  I was the sales Boy. I will move from Kakawa to Oshodi, Ojuelegba to Mile 2. I will carry the magazine. Every day I kept distributing

When you look back at those years how does it make you feel?

Like they say Success Is A Journey. We cannot afford to fail.

How do you juggle all your roles as the owner of a Tv station and the organizer of Headies Awards?

I have a very strong team. We are quite many here. We are over 70 in this company. But I still have to show up at certain places to see clients. You can’t send somebody. You will have to do a part of the operational stuff yourself.

Once it is time for the Headies withdraw as much as I can and concentrate on the Headies for 5 months at least. I play down on the other things and I encourage the other guys to just step up their game. I am not the only one who quits other jobs to face the Headies around 3 to 4 months to the show. It’s a long process.

What sort of a person is Ayo Animashaun?

I am a family person. I love my family. I like to stay home when I have the opportunity to do so. I like to take my kids out. I play a lot. I am very playful, even in the office.

So how do you juggle the casual Ayo Animashaun with Ayo, the serious businessman? So your balance out so many roles….

There is always something interesting to do. I have a passion for what I do.

I am also very, very honest. I shock people sometimes. I say things the way they are. And people see this as an insult at times. I just say it as  I see it.  If it has helped me to this point and I am still alive, then it won’t kill me. I will just tell you the truth the way I see it, which can be bad sometimes because you know Nigerians, they need a little bit of diplomacy. For instance, somebody says to me, Ayo, Why have you not called me since morning? And I say the honest truth.  I have not remembered I have been busy. Then, the person goes, henhen, so I am not important to you. It is not because you are not important, but it didn’t just come to mind. That is a good example. So I will just say it the way it is. I don’t take myself too seriously.

How do you see the Entertainment industry as someone who has been there all your life?

We need help. We need to think about the way we consume content.

READ ALSO: HOW I GOT MY BREAKTHROUGH IN THE US – NAIJA IT CONSULTANT, SEGUN ADEYINA

How I Got My Breakthrough In The US – Naija IT Consultant, SEGUN ADEYINA