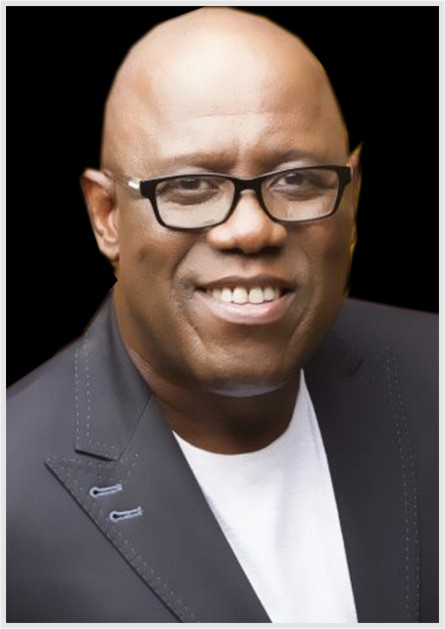 The story of Kenny Ogungbe and Dayo Adeneye is a delight any day, any time. They are an inspiration to many youths. For the friendship that started many years ago and they are still together, waxing stronger till date worth celebrating and City People Magazine Publisher, SEYE KEHINDE did not leave out the big question when we hosted Kenny Ogungbe on our Instagram Live Chat recently and he revealed a lot about him and his best friend, D1’s relationship; how they started their friendship in the U.S. as an undergraduate. Below are the excerpts.

How do you see the state of music in Nigeria today?

Wonderful! When people eulogises me and D1, my brother and my partner. It feels good. They say you guys started what is going on how, you guys brought us Grammy Award for the past 20 years. You guys put the Nigerian music and concerts out there. You guys started putting any artist on international label with Tuface Idibia.

So, now that we are having young people in the system, it feels good and it is just the beginning because music entertainment is a big-money business and again people are also now enjoying it and the good part of it is that it is going international, people can be in Rusia buying Nigeria music, in London buying Nigeria music and they are getting their money in dollars. People can put video on Youtube and people are watching all over the world and Nigerians are getting the money paid in U.S. dollars. U.S. dollars can be 500 today, musicians are not complaining because they are earning their money in dollars and again the government needs to take a lot at that because it is a business. They need to take a look at what is happening in the entertainment industry and put a lot of money, for instance, we don’t have a Nigeria platform that distributes those music nationwide. Nigeria government either state of local government or federal can support the entertainment industry.

The future is definitely digital and we can make good money from it. When we started how much was concert fee? 60k, 70k, 100k, Fela Anikulapo was collecting 225k. If you want to call Tuface or Davido to come and perform for you today, you know you are going to pay between 10m – 50m for just one show. So, it is good for us to be able to look at that and see what can be done as a help, in also helping the economy of the country.

Let’s talk about your relationship with D1, how did it start and how have you been able to keep that relationship going for decades

That is my brother from another mother. We met outside this world. We met in America when we were in school. He first went to school in Georgia while I was in Louisiana, he came from Georgia to my school, so we went to the same school.

We graduated the same year, we did almost the same classes because we went to the same college inside our University, College of Business Administration, he has a Bachelors degree in Business Administration, I have a Bachelors degree in Accountancy. And after graduation, we now went for a Master’s degree programme in the next city, Baton Rouge. We always drive from Baton Rouge to Louisiana every day. We are a very good close friend and we have been friends since then, even when there is no money when we cannot afford to eat, we were friends. When there is money we were friends. After that, I came back to Nigeria at courtesy High Chief, Dr. Aleogo Dokpesi who invited me to come when I moved to Califonia after spending some years in Hollywood, he invited me to come.

He asked me what he wanted to do and after going through the political situation when he went through the senatorial district and presidential position and again, he lost his position in Edo State and I said let’s do radio, I had to go back to America, tour with D1 again. I came back to Nigeria then D1 came to join us at RayPower and since then we have been very close. Then guess what? D1 and ID were closer friends than I and D1 but we were all together as one big family but today we give God the praise.

I was born in Abeokuta way back 1960 and I went to school at Ago-Iwoye, Ogun State, I went to Methodist Primary School in Ago-Iwoye. After my primary school, I went to Abusi Edumare Academy in Ijebu- Igbo, a school owned by a very big philanthropist, Baba Abusi Edumare in Ijebu Igbo then before the school was turned to Olabisi Onabanjo University. After that, I went to the Federal School of Art and Science in Ogoja, Cross River State. Ijebu boy going to River State was a long journey.

After that, I came back to Abeokuta to retake my certificate at Abeokuta Continuing Education Centre and after that, I started working for NTA Channel 12, Abeokuta, that is what I got interested in broadcasting.

Before now going into America, studying Accounting, getting into Mass Communication then coming back to start working at RayPower and working at OGBC.

What is the advice you always give young people who want to blow in the music industry whenever you meet them?

At the beginning, about 20/22 years ago, we were helping them, we were promoting them, we don’t collect money from them, we would only assist them and before you know it they blow. We did that for many years; but as people were blowing left, right, centre it got to a point when some people were pompous, some musicians.

They were arrogant. When they need help, they will hail you, they will beg on their knee once they blow even you see them at event they won’t say hello to you. They show so much of arrogance, so pompous. Not just me particularly but all DJs, radio DJs. So, if anybody now come for help, we make sure they don’t get it on a platter of gold anymore. If you want my platform pay for it. In those good old days, when things were very expensive we did so many free promotion and nobody gave me money only very few.

Tmac came from Europe, he gave me $100, I first rejected it but he insisted I took the money from him and I demanded for his record, he said he doesn’t have any CD, that he just like me, I would never forget that. King Sunny Ade, there was a time he celebrated his birthday, maybe 50 years. He was in the U.S. and we broadcasted his concert on Kennis FM for 24 hours, Dr. Dokpesi directed us to do so, which no musician have ever done, playing your music for 24 hours. KSA came back from the US, came to the station, apparently, I was having a management meeting that day; he demanded for me, I went to meet him and he gave me an envelop filled with lots of money in US dollars and we shared it equally when I returned back to the management meeting.

Apart from that, D’Banj, when he first came, we promoted him, push his music with Mo’Hit. When iPhone came out, he came to our Dolphin Estate and gave me an iPhone, I still have that iPhone till tomorrow, just to show respect for the gift given to me. Why am I saying all this? We promoted them, we didn’t ask for money but now music is business, no more freebies. I always tune off when some to ask for my help.

But, if you say Baba let’s do business, I will listen to you but you say help me I won’t listen. It is now business. The promotion is the most expensive part of the business. Somebody can record for you for 500k, somebody can shoot for you for 1.5m but to promote the song on all the 30 stations you are going to spend more than that. So, if you now come and beg people to help that means you don’t know the business you are getting into. Music business is a very serious and very expensive business. That is why when you call Davido to come and perform for you he charges a lot of money for just one business because he has spent a lot of money on that business that he needs to recuperate and get the money back, but we thank God because we put the platform there.

We laid the foundation for the platform, where everybody is now interested, even DJs, imagine a billionaire asking his daughter to become a DJ, now a super DJ.

What is your relationship with Tuface Idibia?

That is a brother, a gentle guy, a humbly guy. I met him when he first perform on Tony Tetula songs. From there we became close and did all kinds of stuff until when he went on solo. He came to me and said I want to go solo. I asked if he has discussed with his crew, he said yes, that they have started doing their own solo too.

As a matter of fact the first solo that I listened to was from Blackface, not Tuface, I stand to be corrected. The first solo product that I heard was from Blackface and that was the song he used to reply Eedris Abdulkareem when he dissed him on Waka Niki MC. So, that was how we got started with Tuface and since then, he is a perfect gentleman to the core. I can talk about Tuface till tomorrow, I won’t be bored. He is a complete gentleman.

What are the tips you can give today’s artist, that will lead them to success?

It’s gone beyond I want to become an artist without money. In those good old days, you can just record a song and rush to RayPower, now there are 30 different radio stations in Lagos and the broadcast industry to segmented.

The music industry also segmented. If you believe you can just do it by yourself, it is not going to work, it will take a lot of energy, to get things done and it will take a lot of money. Then, you can do a video for 250k even 150k, but now Clarence Peter will not take less than 3.5m or 4.5m from you, depending on the concept of the video.

The way music is done now is different from good old days when someone will look at you, listen to, see a style in you and pick you up. Now, we have lots of people, they can afford the recording, and after recording they think that is it, that is far away from it. The next thing is for you to start pushing because there are so many platforms, Youtube, Instagram, Facebook, Twitter, Audiomark, but your song must be well recorded and well presented.

That is the way to blow.