Home News The Weird Things I Did When I Made My 1st Million – Music Star, DADDY SHOWKEY
News 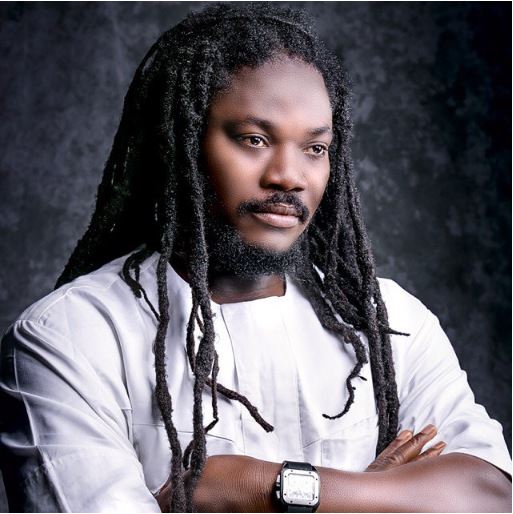 The story of Daddy Showkey is quite inspirational and serves as reference point for young and upcoming talents who have nothing to hold onto but the hope of becoming great in the entertainment industry.

John Asiemo with the stage name “Daddy Showkey” is a veteran Nigerian musician popularly known for his enticing Galala songs and dance style (Ghetto dance). He was the rave of the moment in the late 1990s. He has a lot of hit tracks to his credit that remain evergreen till date. In a studio chat, Daddy Showkey revealed how he rose from nothing to something in music, the weird things he did when he made his first million in music, why he refused to cut his dreads and many more fascinating things you need to know about him. Below are excerpt for your reading pleasure:

“I got into music because my daddy was a show promoter. He was promoting other musicians when I was growing up. I picked the passion from him asking me to sing and trying to make him laugh.

“I lost my dad when I was 8 years old in 1978. My dad loved Jazz and Blues music. He has a favourite Jazz musician called B.B. King. I am John so my daddy would call me and say: John come and sing B.B. King for him. I will just be mimicking B.B. King. That was how I started at my tender age.

“An experience I will never forget in my life was when my friends and I went to a record company that we want to do music and that we came from Ajegunle. They chased us away. We really wanted them to listen to our tape but we were sent away because of the way we were dressed. Then we wore “patch knickers”. But we thank God today everything has changed.

“I grew from nothing to something. Like I usually tell young people it doesn’t really matter where you are today, always remember where you are coming from. From the very day I received my first award I started to stay away from crime and I began to live a good and humble life. In fact it was the day my life changed. Another experience I had that day that I can’t forget was when they were about to announce the winner of the award, they asked the crowd ‘the winner is’ and everybody said ‘Showkey’. They now took the award back to write my name on it. It was the crowd that made them to give me that award. Chief Raymond Dopkesi was the person that presented the award to me. When I got back to Ajegunle I was received like a king. I was put on a white horse and that day they gave me the title of ‘Are Ajegunle’.

“With what I went through growing up in Ajegunle, I made a vow that if I had the opportunity of becoming successful in music or entertainment, I will make children that come from my neighbourhood be proud of where they come from. Back then in those days, you cannot even say it publicly that you came from Ajegunle for you are going to be tagged an armed robber, or a thief or a tout. I thank God that on the day I received my first music award was the day my life changed. At the hall I dedicated the award to Ajegunle and till date that was what changed the story of my neighbourhood. But today, children who grew up in the era of social media may not know what I have done because back then there was no social media to amplify what we did.

“What I do right now is to go to my neighbourhood, I buy houses, and I give them out for free to those that don’t have accommodation. I want to see a big man in this country that can boast of having a house in the neighbourhood where they were born and raised. My plan is not only to build houses for the poor in my neighbourhood but to build them all over Nigeria. That’s the Lion Clan Foundation and that’s what it’s all about. I grew up in the street, lived inside the market in those days market where children come from different places all over Nigeria. By then it was Ijora Olopa. I use to stay there with my friends. We used to call it curse market. From there we went into so many things. Sometimes you look back and look where you are today and you just thank God. That’s why I made a promise to myself that if I am successful that’s what I will be doing. I have a lot of things I want to do with my foundation but that’s the first step of what I’m doing.

“When I was growing up, I had a dream that I would become a world champion in boxing. I still did boxing though and I did it very well. I did amateur boxing and that’s where my name showkey came from. My dance steps are also from boxing. But today, I thank God that I’m singing.

“I had a dream that I would become a soldier but music took me away from that dream but I don’t regret it. I am happy where I am. I’m a Ghetto Soldier and I make people to be happy. Music is the greatest that ever happened to me. May be by now, I would have been taken to Sambisa forest and would have been killed by the terrorists.

“When I made my first millions in music, I took it to my mother’s house. I put it on the bed and I bought cane. I called my friends that we should flog money. So we whipped the hell out of money. That experience I will never forget in my life and since then money never left because I really dealt with money. You need to see me that day. We went to the bank. It was 3 million naira. We withdrew it. We called my mum. I said: Florence wait for me. I called my baby wait for one place, I called my friends. We bought the cane called ‘Atori’. We put the money on my mother’s bed and we started flogging the money saying: ‘money why you tey before you come?’ Since then money never leave me because it would receive beating if it leaves me again.

“I have cut my dread two times. I know by now my dreads should be to rolling on the floor but my dread is up to my back leg. My dread is very long and it will continue to get long because that is a covenant between me and God that if he makes me to be successful that I won’t cut my hair and you can see God don try. It’s only God that will give me a sign to cut it but I know won’t. I know a lot of people are waiting for the day I will cut it.

The Weird Things I Did When I Made My 1st Million – Music Star, DADDY SHOWKEY was last modified: June 11th, 2021 by Reporter

Why Many Nigerians No Longer Apply For Loan From Lending Apps

Nigeria is running a ‘bastardised’ federalism –...