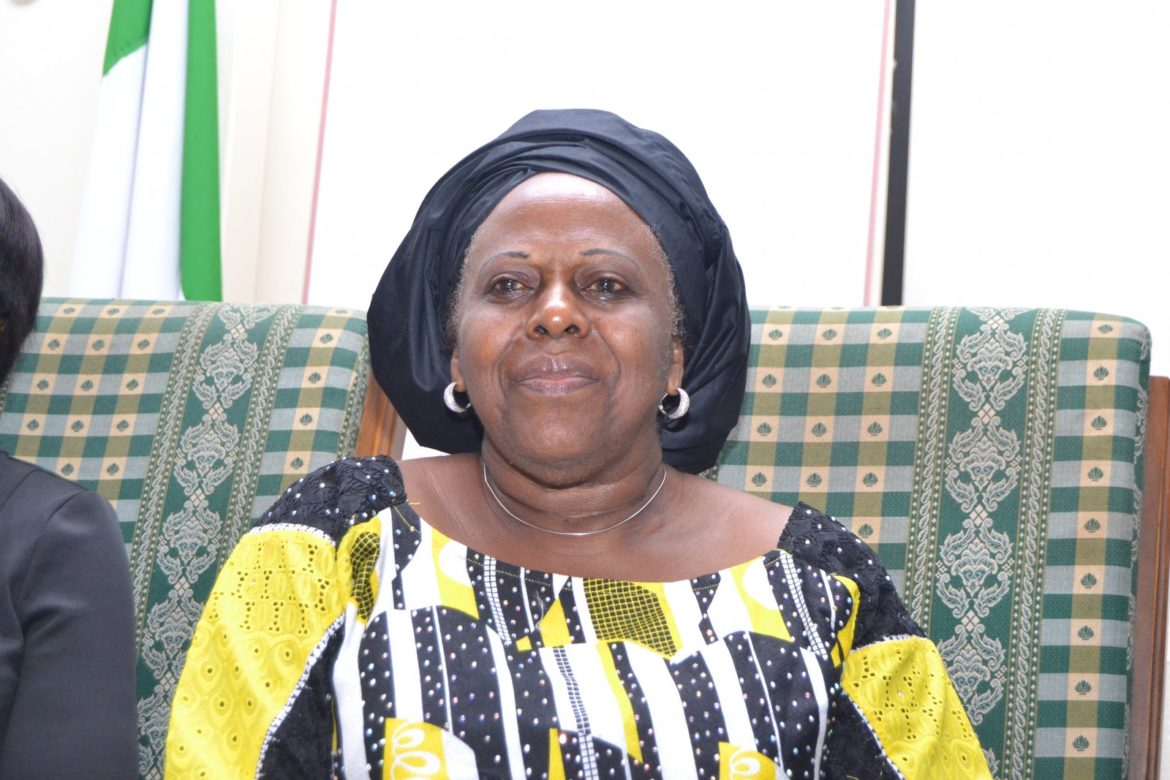 I welcome you all, most heartily, to this 2nd  edition of the HID Awolowo foundation Lectures. We are truly honoured by your presence here today. We have chosen today’s topic as a deliberate homage to the icon that we are here to celebrate, Yeye Oodua HID Awolowo as you all know, she was married to an icon and leader, Chief Obafemi Awolowo, radiance her own light was allowed to shine brightly.

For example, most of Chief Awolowo’s properties and assets were named after her. He encouraged her to take up the mantle of chairmanship of the African Newspapers of Nigeria Plc, publishers of the Tribune titles at a time when, according to her, she and very much intimidated by the prospect of holding a position high responsibility within the company. She told the story of how her that she was more than capable and that, in any case, be there to work alongside her to ensure her success. She eventually flag flying at full mast for more than 28years after us!

She was also a political leader in her own right. She was an accomplished manager, at home and in business, and she was an entrepreneur of the deepest dye. In order to do justice to her legacy, it is important to take a critical look at the trajectory of Nigerian women in all sectors including, but not limited to the political, business and entrepreneurial sectors. Are we making the kind of progress that would be expected of us in this 21st century?

The answer is not too encouraging, judging from available data. First of all, last year, UNICEF’s report that Nigeria had 10.5 million children out of school conferred on us the dubious distinction of having the highest number of out-of-school children in the world. The Universal Basic Education Commission has recently revised this figure upwards, to 13.2 million. The UNICEF report stated further that  60% of these  children were girls.

This, then, is where the foundation for the poor representation of women in leadership is laid because, as we all know, equal access to education, health care, decent work would prepare them for equal representation in political and economic decision-making processes. This would, in turn, nurture sustainable economies and benefit societies and humanity at large. This is the thrust of the United Nations Sustainable Development Goal number 5.

Gender inequality is not an exclusively Nigerian phenomenon. However, though not yet enough, discernible progress is being recorded in some other countries. For example, female representation in the US Congress has increased tenfold in the past two decades, according to Emily’s List, a liberal political group.

Following the recent elections, twenty women will serve in the 100-member Senate and at least 81 of the 435 members of the House of Representatives will be women. Furthermore, six states are currently being led by women (two appointed) and 25% of state legislature seats, nationwide, are held by women.

In business, of the Forbes 500 companies in the US, only 24 are women, a 25% drop from 32 last year. It is cheering to note, however, that the CEO of the year, this year, is one of those women, Marillyn Hewson, President & CEO of Lockheed Martin, a global security and aerospace company.

In Nigeria, the depressing statistics persist, however. According to Stella Oduah, President of ECOWAS Female Parliamentarians Association, Nigeria has the lowest number of female lawmakers in the sub-region (6.1 % in the state legislatures, 3.9% in the House of Representatives and 7.34% in the Senate). It is instructive to note that there was a decline in the figures between the 7th and 8th assemblies. This is despite the fact that 51 % of voters are women, apparently.

Nwamaka Ogbonna, a London School of Economics alumna currently working with the United Nations Global Compact in New York, states that Nigeria actually has the lowest number of female parliamentarians in sub-Saharan Africa and ranks 133rd in the world for female political representation.

She states further that in business, women own only 20 per cent of enterprises in the formal sector and that only 11 .7 per cent of Board Directors in Nigeria are women. The national gender policy requires a minimum of 35% women in the federal cabinet. The percentage, currently, is somewhat less than half of that.

We are fortunate to have as our keynote speaker today one of the very few women who has succeeded in breaking the glass ceiling. She is, therefore, better qualified than most to assist us, through her vast knowledge and experience, to chart a pragmatic way forward, towards achieving gender equality in all spheres of human endeavour in Nigeria and, ultimately, in matters pertaining to leadership at all levels. We also have among our discussants, Senator Kofoworola Bucknor-Akerele, who has occupied leadership roles both in the legislative and executive arms of government. Her experiences would certainly enrich today’s discussions and outcomes.

Nkiru and Ada are both highly successful entrepreneurs whose experiences would, I have no doubt, encourage others to take the plunge in that sector. I welcome you all to this important event and I thank you, most sincerely, for honouring our invitation. To the young ladies in the audience, I wish to share a few words of advice.

Always remember that in this world, despite the struggles which, I must admit, have yielded significant gains, “women (still) have to do twice as well as men to be thought half as good”. A woman who strives for success in our male-dominated world is often misunderstood, cruelly maligned and deliberately obstructed. Nevertheless, I urge you to remain resolute. Refuse to be intimidated. Prepare yourselves well, through education and continuous acquisition of new skills.

There is no force more powerful than a woman determined to rise’ (anonymous). Above all, believe in yourself. You are made in the image of God, with your own unique potential and abilities, so never allow anyone to convince you that you are inferior to any other human being. Rather, strive to discover your talents, whatever they may be, and develop them to the utmost. Helen Keller was a normal child who became blind and deaf at the age of 18 months, but overcame her disabilities to become a world-renowned author and humanist. Elizabeth Arden was probably not an intellectual genius, but she discovered her fashion genius, and excelled.

Finally, let me end with another anonymous quote, ‘here’s to all strong women. May we know them. May we be them. May we raise them.

There Is No Force More Powerful Than A Woman Determined To Rise was last modified: December 3rd, 2018 by City People