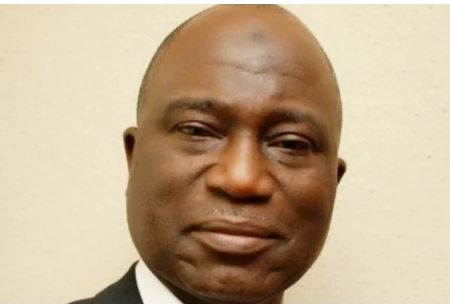 A group of Christians under the aegis of National Christian Elders Forum, NCEF, being championed by a former Minister of Defence, Lt. Gen. Theophilus Danjuma (retd.), and Solomon Asemota (SAN), has warned that Christianity in Nigeria may cease to exist in 25 years from now.

Danjuma’s group said that the present generation of Christians may be the last set in Nigeria.

With this, NCEF demanded the restructuring of the Christian Association of Nigeria, CAN, before the 2019 general elections.

They warned that if the current faulty structure would be carried into 2019, it might be too late to preserve Christianity in Nigeria.

The Secretary of NCEF, Bosun Emmanuel, expressed these fears in his paper entitled, “Impact of lack of unity in CAN as threat to Christian faith”, delivered during the annual conference of Catholic Men’s Guild, held at the Catholic Church of Assumption, Ikoyi in Lagos.

According to them, the current administration of President Muhammadu Buhari in Nigeria “is openly pursuing an anti-Christian agenda that has resulted in countless murders of Christians all over the nation and destruction of vulnerable Christian communities.”

NCEF said, “Due to the inability of CAN to forge Christians into one indivisible army of the Lord, the Church has been weakened and unable to stand before its enemies. Realistically speaking, Christianity is on the brink of extinction in Nigeria. The ascendancy of Sharia ideology in Nigeria rings the death toll for the Nigerian Church.

“It is therefore imperative that CAN must be restructured, as a matter of urgency, if Christianity is to survive. CAN belongs to every Christian in Nigeria and there is nothing wrong with the association. It is the management that should be revisited and restructured.”

He added, “The Catholic Church should be prepared to return completely into the fold of CAN and participate fully in providing leadership in these troublous times. God warned in 2013 that we were not careful, in 30 to 40 years, Nigeria would be like Turkey.

“In 2018, we can say in 25 years from now, we are facing the risk of being the last Christians in Nigeria. Therefore, Christians should be in the frontline of defending democracy in Nigeria. The Church is the bastion of democracy. A divided CAN cannot defend democracy and promote justice, equity, and fairness. Consequently, Sharia will grow stronger. As Sharia grows stronger, democracy will become weaker and the Church will be emasculated out of existence.

“The current Federal Government in Nigeria is openly pursuing an anti-Christian agenda that has resulted in countless murders of Christians all over the nation and destruction of vulnerable Christian communities. Just recently, Elder Statesman, Gen. T. Y. Danjuma raised the alarm that Christians should take steps to defend themselves.”

There’ll be no Christians in Nigeria in next 25 years – NCEF warns was last modified: June 23rd, 2018 by Reporter

‘You Will Not Find Peace For Killing Our Mother’, Mamuzee’s Sister Spits Fire

Nigerian Who Carried Out US Biggest Tax Fraud Jailed, Was Building $6m Hotel In Nigeria