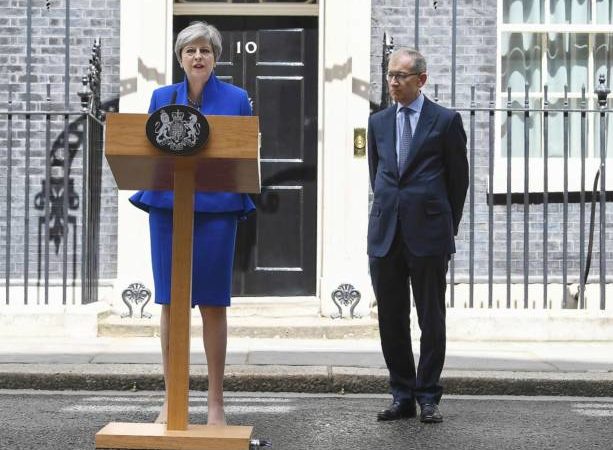 A shock result in Britain’s snap general election has resulted in a hung parliament in a major blow to Theresa May who wanted to boost the Conservatives majority in parliament.

Instead, her election gamble has failed and she and her Conservative party have been weakened, with many on Friday questioning May’s future as prime minister.

“What the country needs more than ever is certainty… it is clear that only the Conservative and Unionist Party has the legitimacy and ability to provide that” May said as she pushed to form a government with the backing of the Democratic Unionists.

But opposition politicians and some members of her own party have called on her to quit.

— The Conservatives “have lost their majority and the prime minister has lost all authority and credibility” — Scottish First Minister Nicola Sturgeon.

— “She put her party before her country. She has been found out. She should be ashamed. Theresa May promised strong and stable leadership. She has brought weakness and uncertainty. If she has an ounce of self-respect, she will resign.” — Liberal Democrat leader Tim Farron.

— May “is in a very difficult place… she now has to obviously consider her position”. — Conservative MP and former minister Anna Soubry.

— May’s authority has “received a blow from which it is unlikely to recover”. — former Conservative MP Paul Goodman, editor of the influential website ConservativeHome.

— “It will be difficult to govern and it could mean another election later in the year.” — Wyn Grant, professor of politics at the University of Warwick.

Theresa May says she’ll remain PM despite calls to go was last modified: June 9th, 2017 by Arinze Ago