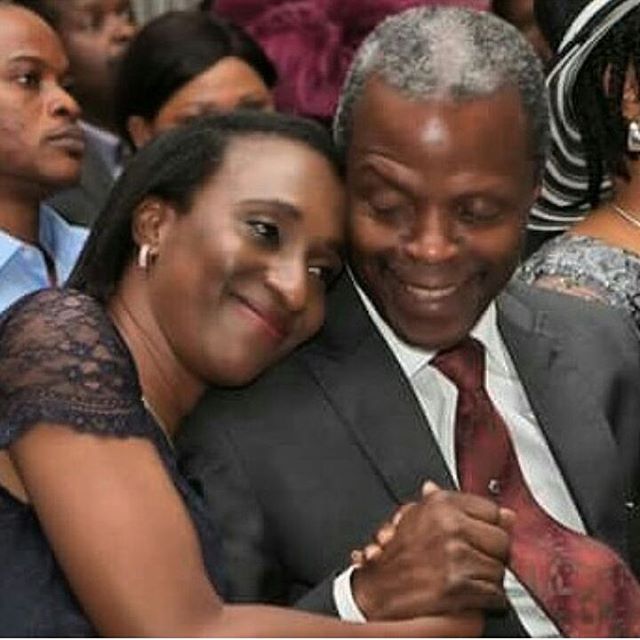 Acting President Yemi Osinbajo celebrated his 60th birthday yesterday, March 8, And we are still celebrating him.

While President Muhammadu Buhari is away on medical vacation in London, Osinbajo has been doing a good job as acting president and has been getting accolades.

Some Nigerians are of the opinion that he is performing better than Buhari and want him to take over from his boss.

Osinbajo has won the hearts of Nigerians in the 48 days that Buhari has been away from the country.

As he clocks 60 today, we bring you photos that show that Osinbajo is truly loved by Nigerians and why.

1. Visit to the Niger Delta

The acting president has visited several states in the Niger Delta region where he had interactive engagements with stakeholders of the oil-producing communities.

2. Handshake with a little boy

During his visit to Edo state on Monday, March 6, a little courageous boy was allowed through security to shake hands with Osinabjo.

3. He got a chieftaincy title

In continuation of the Niger Delta Dialogue, the acting president got a chieftaincy tittle of Obong Eme Ibom from his HRM Owong (Dr) Bassey Archianga, paramount ruler of Ibeno and chairman traditional rulers council of Akwa Ibom during his visit to the state.

In February 16, Osinbajo presided over the first National Economic Council meeting of the year and directed the Central Bank of Nigeria (CBN) to review the foreign exchange policy. Subsequently, the CBN took action and pumped millions into the inter-bank market. In less than 48 hours after the review, the naira started appreciating.

Following the incessant killings in Southern Kaduna, the acting president summoned the Inspector-General of Police Idris Ibrahim to know what was being done to arrest the situation in the area. He further directed that law and order be restored in the affected communities immediately.

During a surprise visit to the Murtala Muhammed International Airport in Lagos, on Thursday, February 23, Osinbajo inspected the toilets. Expressing dissatisfaction with the state of some of the facilities, he said there was an urgent need to make them function at optimal level.

The acting president participated in the ground breaking ceremony of the Segment II Lagos-Ibadan Rail Project with Extension to Lagos Port Complex.

During the federal executive council (FEC) of February 1, the acting president set up a committee to force down the prices of food items.

These 8 Photos shows why Nigerians Love Osinbajo and wants him to be President (Photos) was last modified: March 9th, 2017 by Daniji Emmanuel

This Is Why The Strongest Girls Feel Insecure All The Time

Yung6ix Recounts How He Stayed Hungry For...