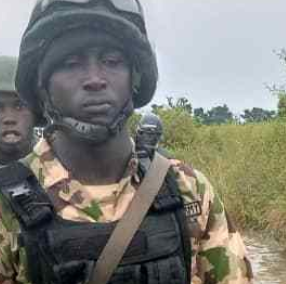 Dogo Shettima, an aide to Babagana Zulum, governor of Borno state, has shared the photo of the soldier who killed four of his colleagues and then committed suicide at the Army Super Camp 15, located at Malam Fatori in Borno state in the early hours of Wednesday February 26th. Read here.

According to Dogo, the deceased soldier’s action is suspected to have been caused by depression and trauma.

This soldier killed four of his colleagues before committing suicide in Borno was last modified: February 27th, 2020 by Reporter