Home Politics Though I Am 63, I Feel A Lot Younger – Popular Politician, Chief KENNY MARTINS
Politics

Though I Am 63, I Feel A Lot Younger – Popular Politician, Chief KENNY MARTINS 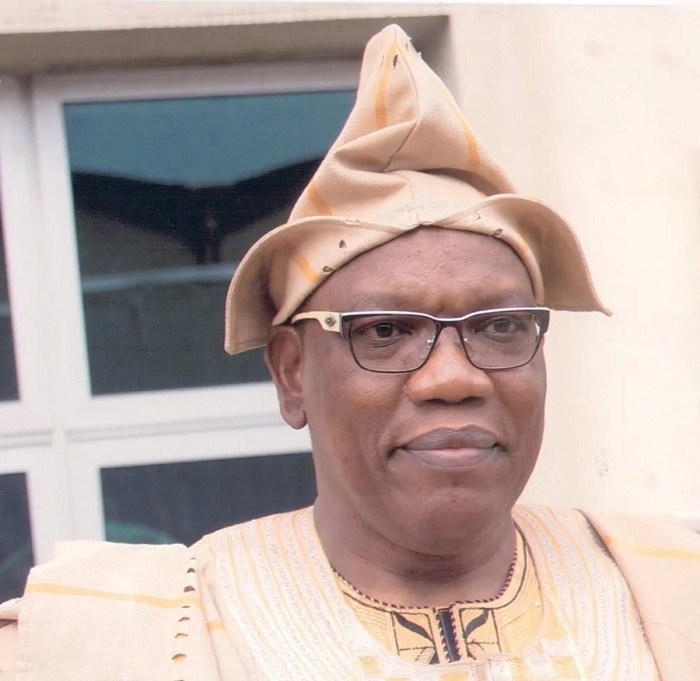 Popular politician Chief Kenny Martins has just turned 63, but he does not look an inch that age. He has managed to keep his youthful look going. Both in dressing and behavior, he can pass for a 50 year old. He is very stylish, and trendy. Each time he steps out he is always on point, either in native or formal outfit. He is a successful businessman and an accomplished politician who is well connected with the powers that be. Over the last 3 decades he has been closely linked with the political leadership of Nigeria. He is a cousin to Gen. Olusegun Obasanjo. He is a twin. He is Kehinde. His Taiwo is married to Obasanjo.  For years he has remained a close associate of OBJ.

Apart from politics, he is a successful businessman who has made good money from big business. He is today the Chairman/CEO of Greenspring Group of Companies. What helped him in life is the kind of rich pedigree that he has. Chief Kenny Martins was born in Lagos on 15th January 1956 to the family of the late pastor J.O and his late wife, Mrs S.O. Martins . He had his secondary school education at the famous Comprehensive High School, Aiyetoro, Ogun State, the very first American type secondary school in Nigeria.

After his Secondary School, he proceeded to the United States of America to further his studies. On his return to Nigeria, he joined his father’s business as an Executive. Later he was posted to the Premier High School Yaba, also owned by his father to work as an Administrator. After the long tutelage in the family business, Chief Kenny Martins established his own chain of businesses including motor vehicles distributorship, Refined Petroleum Products Shipping and Marketing, Real Estate development and aviation.

During the transition program of the Gen. Sani Abacha administration, Chief Kenny Martins along with others established one of the recognised 5political parties by the name of National Centre party of Nigeria (NCPN) of which he was elected as the National Secretary.

Also during the transition programme of Gen. AbdulsalamiAbubakar, Chief Kenny Martins and other Nigerians established another political party by the name, National Democratic Party (NDP) of which he was elected as the National Publicity Secretary.

As a result of his concern for the problem of Security and Police reform in Nigeria, Chief Kenny Martins and others established the Police Equipment Foundation of which he was appointed the National Coordinator. The foundation was ably piloted by Chief Kenny Martins leading to the raising of billions of naira both locally and internationally for the Police and other Security organisations in the country.

He is married to his childhood friend,  Abimbola  and their marriage is blessed with 5 beautiful ladies and handsome men who are all married, and set up their own families. Chief Martins is also blessed with 8 grandchildren and still counting.

Chief Martins is a keen sportsman and a member of the Lagos Lawn Tennis Club and Lagos Island Club among other associations too numerous to mention.

A few weeks back, City People Magazine spoke to him about how he feels at 63. He smiled. “I don’t feel it,” he explained. “I feel fine. I don’t feel the age. I went somewhere yesterday to see a friend and I came down from the car and someone said, Good afternoon Baba.  I now asked who is the Baba?  I am not yet a Baba. But  I am thankful to God. I am thankful for who I am, for my immediate family, for my friends, and for what God has allowed me to be and do in this country. I give a big sense of appreciation for my circumstance and my circumstances”.

What are the lessons Chief Kenny Martins has learnt at 63? “Hmmm… I always say that the greatest lesson I have learnt is to appreciate humanity, appreciate friends. And also, you can never learn enough about how to relate to people and how to understand them and how to decipher and interpret their intentions. That one is a complex business and it forever continues. You will always learn new lessons about people, every day. Sometimes they give you a lot of unpleasant surprises, sometimes they are exhilarating, uplifting experiences and sometimes they are downright, so depressing. On the average, I believe, I have been fortunate, I have been blessed, I have been lucky in my encounter with people”.

How come he does not look like someone who is in his 60s? “Its a matter of the mind”, he explained. “Nothing bothers me. At 63, I still do things myself. I still drive myself for example. I am used to driving. I like to drive myself. Things like sirens, protocol make no sense to me. I learnt a lesson from my dad. That life actually is classless. He was a mega Pastor in those days. He had his own plane to take around then, in the 70s. He will come down at the airport. He will enter his Mercedes Benz, the highest model then. It was 230.6 (that is Benz 230 with 6 cylinders) that was the biggest model of Mercedes Benz then almost the only one in the whole country. He will enter and drive to the next pastors church, have deliberations & his meetings and as he is chatting with the Pastor, next thing, you will see him enter the Pastors battered car and he will sit down by his side and my dad is comfortable and good to go and we are left in his own car and it doesn’t make a difference for him.”

“From a plane to a Mercedes and to a small church Pastor’s car, or an old car. So, to it also doesn’t make a difference. So, I feel comfortable in a or in my friends Phantom Rolls Royce or in my Cadillac or in my own BMW. So, I don’t believe in all those of class or levels. That is my definition of life, so nothing bothers me, nothing rattles me. There is no situation that catches me unguarded. I can adapt. I can adapt. I take it as it comes. I see that in life, really, you don’t have control of the situation. There are forces and powers at play that are beyond you. That is my philosophical approach to life. There are forces behind you that define, controls, channels your destiny and your path. I don’t have control over those things. So, your prayer is always that, let my path be smooth, let those forces over which I have no control have positive considerations for me. And when that happens you are termed as having made it. And that is the more reason why there is not much difference between you and that less fortunate man, on the street. So, I have this penchant for looking out for the less privileged, for the weak. But my greatest problem is that I can not condone certain things. I am very, very impatient. I am very, very, very impatient. That is my biggest weakness.” How? “Because I believe that there are certain standards, certain norms, that you have to keep. There is decorum, behaviour, reactions. We all have to be decent. And when I don’t find it. I wonder why it is not there and that is my shortcoming. That’s me.”

Though I Am 63, I Feel A Lot Younger – Popular Politician, Chief KENNY MARTINS was last modified: February 11th, 2019 by Seye Kehinde