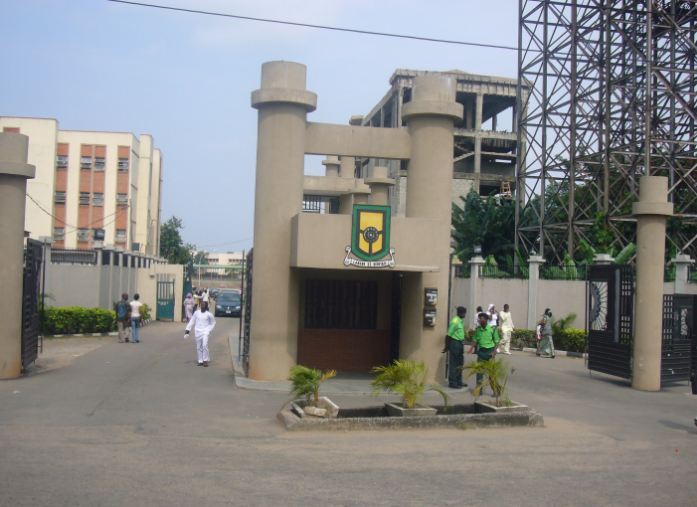 In any academic environment, plagiarism is a serious misdemeanour and it attracts severe sanction such as sack but this is not so at the Yaba College of Technology (YABATECH) as three lecturers indicted of plagiarism are walking around in the college free.
It is so bad that while these teachers teach the students, assess them for qualification through exams, they cannot on their own pass exams, so ironical. The reason for their woeful failure was because the assessor of their thesis found that they copies other academics without crediting.
Smarting from the certificate scam that rocked the College recently, YABATECH is again enmeshed in academic fraud involving three of its senior lecturers who were found to have plagiarized works of other scholars as part of their publications to be used for promotion.
The three lecturers involved in the alleged plagiarism are all in the School of Engineering, and are Senior Lecturer, Principal Lecturer. Three other lecturers in the Department of Mechanical Engineering, a Principal Lecturer in Department of Civil Engineering an Acting Head of Department of Metallurgy and Senior Lecturer jointly authored the contentious journals.
The bubble bust when the external assessor discovered that the publications the three academic staff submitted as part of requirements for promotion was not original but were works of other scholars presented as their own.
The external assessor from the Department of Electronic and Electrical Engineering, Lagos State Polytechnic (LASPOTECH), Ikorodu, in his findings made available to YABATECH management dated September 5, 2016, said two of the three journals presented for assessment were plagiarized.
Specifically, Olubajo pointed out that he did not award marks for publication on ‘’Alternative energy option using biomass gasification processes in reactor’s’’, African International Journal of Applied Research (AIJAR) Volume 1, ISN24x121) because ‘’I found out it’s plagiarized from the works of A. Bhavanam and R.C. Sastry: Biomass gasification processes in downdraft fixed Red Reactors: A Review ‘’, International Journal of Chemical Engineering and Application, Vol. 2, no 6, De2011’’.
On Publication 1 submitted for assessment, Olubajo said: ‘’I have not awarded marks for Publication 1 above because I found out it’s plagiarized from the work of (1) S.L. Kampe: A method to incorporate green engineering in materials selection and design’’, Proc of the 2002 American Society for Engineering Education annual conference and exposition (session 1625), 2002.’’
The assessor’s final comment noted: ‘’I could not in good conscience recommend the candidate for promotion having found out that he submitted two plagiarized works for assessment. Moreover, the works submitted by the candidate span disparate fields of engineering. By now, one would have thought the staff would have specialized in one field of electrical engineering. As a result of the foregoing, I do not consider the staff suitable for the post of Principal Lecturer.’’
Aside the plagiarized publication, the assessor observed that research work included in Publication 1, does not merit to be called one stating ‘’though the work involves a number of laboratory activities, the goals and objectives are unfounded. This clearly demonstrated by the work not citing or referencing any previous works with similar goals and objectives. Moreover, the manner of presentation of the paper leaves much to be desired e.g. the referencing, the sentence construction, the grammar, the formatting, etc are to a large extent defective.’’
On Publication 2, the LASPOTECH Chief Lecturer again faulted it noting ‘’ it is also not a research work. It’s mere presentation of information gleaned from literatures especially those of vendors of Biometric hardware and software component. Nothing in the paper indicates to me that the author originated any new knowledge and/or contributed any significant knowledge in the field of Biometric engineering, especially as applied to national security. This publication also suffers from poor presentation as Publication 1. My overall assessment of the paper is that it is sub-standard and of very low quality considering the present cadre of the staff being considered for promotion’’.
Curiously, a very senior official in the Rector’s office was cited as lead author in one of the publications submitted for promotion assessment alongside two lecturers alleged indicted
In a research work, titled ‘’Achieving energy saving using low carbon model approach in developing countries,’’ presented at LASPOTECH School of Engineering conference in 2011.
However, regarding this matter, some members of the academic staff in the college accused the rector’s office of double standard revealing that some lecturers found wanting in similar issue were made to face the SSDC and sanctioned wondering why the one involving the senior person in the rector’s office was overlooked.
The Education Report learnt that with the Governing Council in place, the three lecturers are now facing SSDC and the outcome will be presented to the council for action.
YABATECH Public Relations Officer, Dr. Charles Oni, confirmed the case of plagiarism against the three senior lecturers, adding I am aware of the case and delay in making them face SSDC was because the governing council just came on board.
Dr. Oni denied that the rector was shielding the three lecturers involved and explained that the absence of the governing council made it difficult for the management to handle the issue because of the calibres of staff involved.
‘’The final sanction depends on the appointment and promotion committee of council. It is wrong for some people to say the rector sat on the case.’’
***
Via The Sun News
Three YABATECH Senior Lecturers Exposed for Engaging in Plagiarism was last modified: September 22nd, 2017 by Arinze Ago