Home Media #ThrowbackThursday: Photo of Ojukwu and Gowon Eating Together in 1967
Media 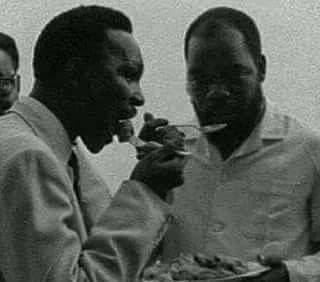 For many people who didn’t know, former Biafran leader Odumegwu Ojukwu had a meal with former military leader, Yakubu Gowon in Aburi before the war broke out.

Have You Heard? Urhobo Monarchs Walked Out...

‘AGAINST THE RUN OF PLAY’ AUTHOR CRIES...