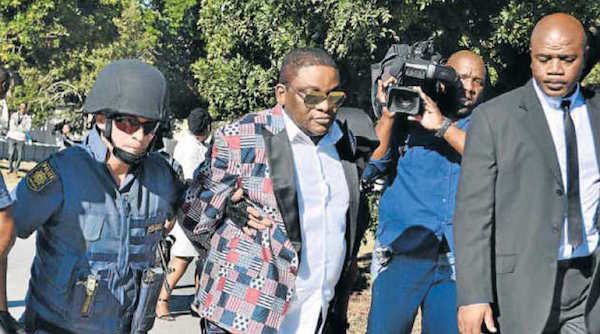 Alfonso Hatting, Lawyer to the 58 year-old pastor yesterday countered the testimony of a Senior Immigration Officer, Ivan Klaasen, that the pastor was in the country illegally.

The matters on dispute were amendments on several permits, as appearing in the pastor’s passport, for a work permit and a temporary stay permit which were issued on the same day on July 18, 2000.

“The applicant made an application for a work permit in the South African Embassy in Botswana, on his arrival back at the port of entry in Botswana, he was granted a temporary stay permit, instead of having his work permit activated,” said Klaasen.

“These documents were further extended and amended for years after the initial issues.”

“Permits have been issued to the applicant and these were based on information in prior documents issued by Home Affairs,” he said.

“In view of the imperfections of your administration staff, the mistakes contained in his passports mean that your version of the applicant’s status could also be a mistake.”

Klaasen disputed responding: “Your worship, there is a distinction between a mistake and fraud.”

“A mistake can be corrected, but a fraud will not be corrected…It is not mistakes, this was a deliberate tactic,” he said, citing that even though he is not privy to what transpired on the events of the fraudulent transactions between the pastor and the immigration officers that granted him the fraudulent permits, he said there were red flags that informed his opinion on the permits.

In an attempt to use the issue of the granted amendments and extensions, Hatting said if the department had issued these documents that makes the applicant of legal status in the country. He inquired on the reasons why the pastor was not processed for deportation.

“Will you proceed with a process to deport him before the the conclusion of the case in 2018?” he said.

Klaasen indicated that there was no plan to deport the pastor, due to the court proceedings currently underway.

Hatting argued that there was no reason for the State to refuse the applicant bail, adding that it was up to the court to give the pastor the status of illegal or prohibited.

However, prosecutor Nceba Ntelwa opposed the bail application citing that there was “seriously incriminating” evidence against the pastor.

“The applicant had an onus to take the stand and allow the State to weigh his evidence. His defence led untested evidence before court and opted to give evidence based on an affidavit.”