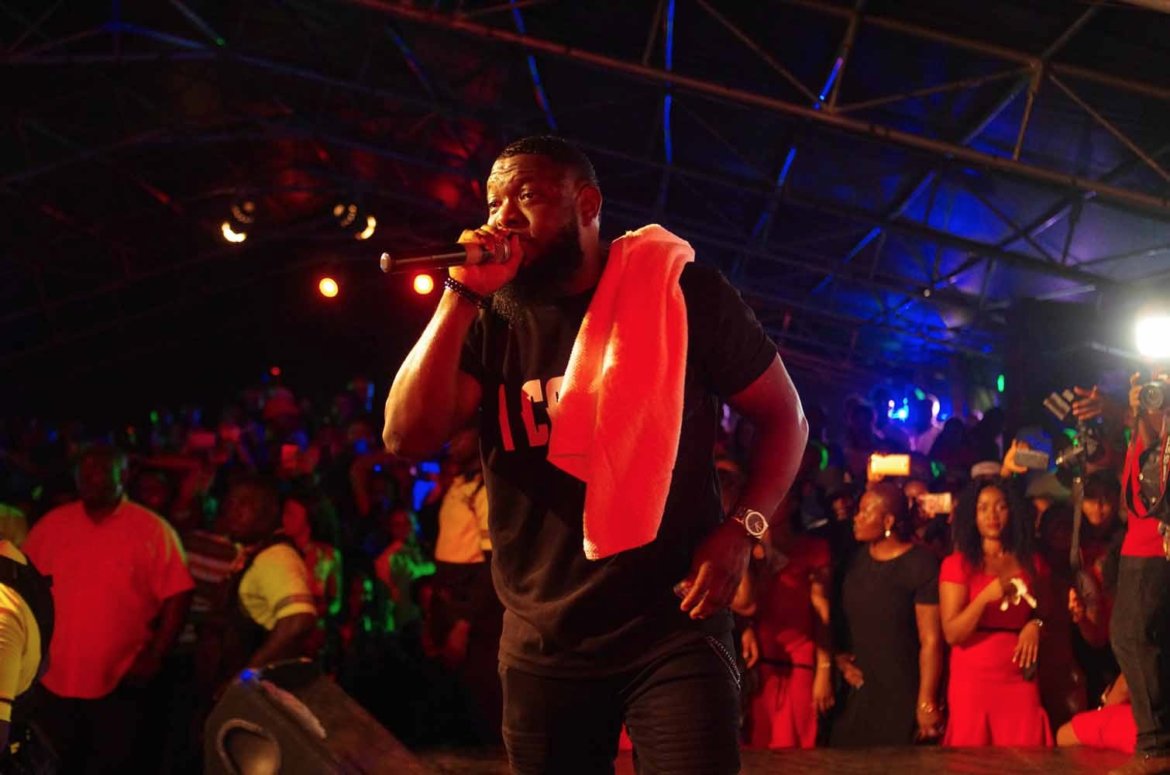 Day three of this year’s edition of Felabration saw Timaya blowing fans away with melodious tunes.

In a series of photos posted on the official page of Felabration, Reggae dancehall singer, Timaya is seen thrilling fans at the Afrika shrine on Wednesday, October 17, 2018. As usual, Timaya who is known for his magical stage performances was able to engage the fans with some of his hit songs.

Apart from Timaya, Made Kuti, Simi and Dammy Krane were among those who got the fans dancing all night. Just like Timaya and Made Kuti, the Patriarch of the Kuti dynasty, Femi Kuti was also on hand to thrill the fans who couldn’t wait for his performance with his band, ‘The Positive Force Band.’

Felabration is an annual event which is held in memory of the late Abami Eda, Fela Anikulapo Kuti. This year’s edition kicked off on Monday, October 15, 2018.

It was a night of real fun, exciting performances and memorable highlights at The Afrikan Shrine as 2018 edition of Felabration kicked off. The annual event held in memory of the late Abami Eda, Fela Anikulapo Kuti hosted by his dynasty started on Monday, October 15 at its traditional home of the Afrikan Shrine and played host to the likes of Koker, Qdot, Project Fame alumni Olawale, and Klever Jay.

The night began with the Positive Force opening performances as they rendered songs like ‘Overtake Don Overtake.’ There was also an Afrobics competition which was won by young dancer Onome Utogo as the night witnessed a large turnout of fans, both regular visitors and first-timers on the first day of the festival.