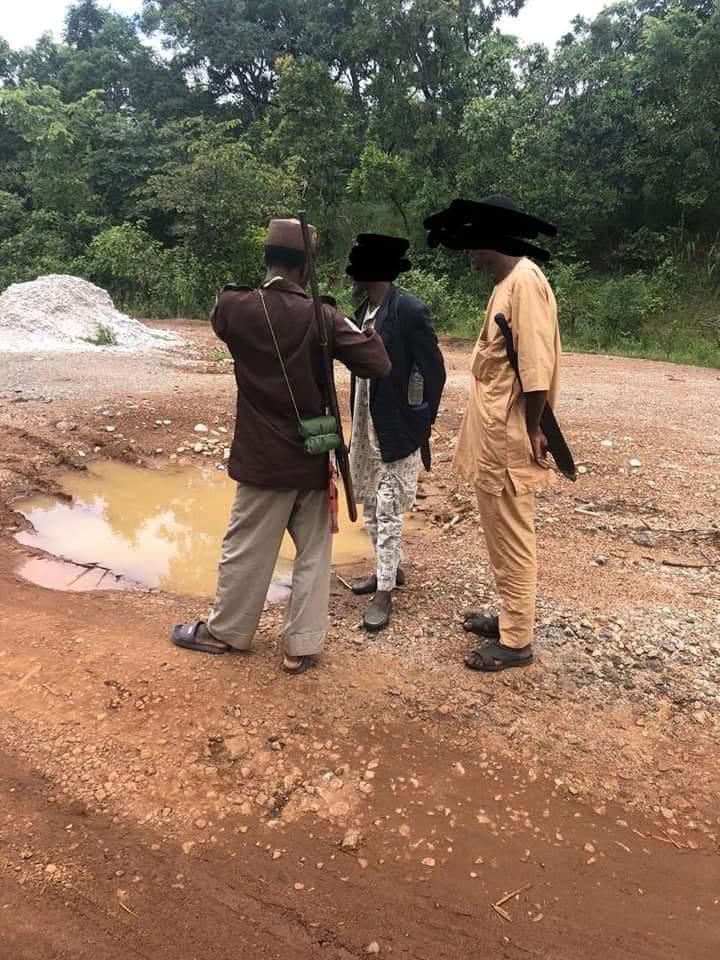 A human rights lawyer, Kayode Ajulo says the Miyetti Allah Cattle Breeders Association of Nigeria have set up a vigilante group in Ondo state, mounting checkpoints along the highway.

In a post on social media, he said he had an encounter with the armed men while travelling from the Akoko area of the state to Abuja.

“It is quite true that I was in Akure, Ondo State from Friday, 19th July 2019 to Sunday, 22nd July 2019 for my mother’s investiture as the Iya-Ijo (chief matron) of our home church, Christ Anglican Church, Oke-Ifira-Akoko, Ondo state,” he wrote.

“On my way back to Abuja on the 22nd day of July 2019, in the company of some security men, we saw two men at the highway around Akoko, Ondo State carrying dane guns. On sighting them, an inquiry was made as to their duty on the highway with guns in their hands, being not uniformed men.

They thereafter responded that they were members of the Miyetti Allah Cattle Breeders Vigilante group whose operation is known to all the security apparatus in the area.

“Also, they willingly showed us their identity cards which had their names and designations. Some other security men came to corroborate their claims.

“In my comment on the gruesome killing of Pa. Fasoranti’s daughter, and a confidant, I categorically and unapologetically hinted that we should not see the killing as an inter-ethnic attack as there are reported cases of massive killings in other parts of the country.

“Recently, about 32 persons were killed in Sokoto State, several others killed in Kaduna, Benue, Niger, Zamfara and other States by some undisclosed bandits, who to me irrespective of their ethnic background are criminal and must be treated as such. The naked truth is that the insecurity in Nigeria is national which must not be ignored and we must join hands with our security agencies to fight the menace.”

Ajulo urged Nigerians not to allow ethnicity and sentiment to becloud their sense of judgment and humanity in the war against insecurity.

“We are at a time in our nation that pretentious and sentimental interactions no longer work otherwise this bigotry may fan into flame the embers of civil war in this country,” he said.

“It will not be out of place to ask this poser: is it due to the lackadaisical attitude of the Law enforcement agencies and disregard for the inputs and indelible contributions of our leaders, the OPC and other local vigilante groups that these Miyetti Allah groups are now manning our highways in the South West?”

Meanwhile, the Ondo state government has ordered the Nigerian police to fish out those parading as a vigilante in the state.

Commissioner for information, Donald Ojogo, said the government is aware of the development.

“The Ondo State Government observes with concern trending pictures of an identity card carrying men identified as Fulani vigilante (Miyetti Allah member) in the Akoko area of the state. Various claims have been as regards the activities, duties as well as supposed mandate of these men in question,” he said.

“It is pertinent to recall that at the height of the incessant kidnap cases, the Ondo State Government took some far-reaching drastic measures which included a marching order to the law-abiding Hausa/Fulani leadership in the area to fish out criminal elements among them who took advantage of the rosy relationship between the indigenes and their law-abiding guests.

“As a measure to curb and possibly, stamp out cases of kidnap in the area, the Hausa Fulani leadership was directed to select a handful of trusted men amongst them who could serve as tour guides in the thick forest as security agencies prepared to comb the forests. This measure yielded results.”