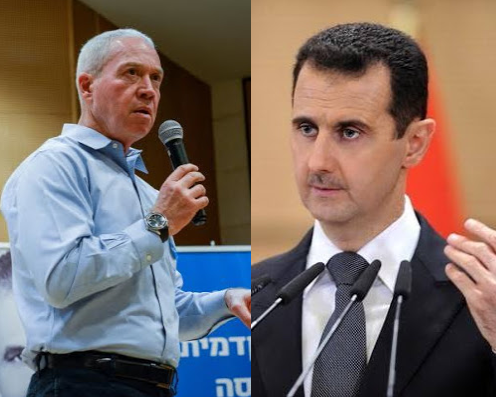 Yoav Galant, the minister of Housing and Construction in Israel has called for the assassination of Syrian President Bashar Assad saying he ‘does not have a place in this world.’

The call comes days after the US State Department accused the Assad regime of carrying out mass killings of thousands of prisoners and burning the bodies in a large crematorium outside the capital.

The State Department said it is believed that about 50 detainees a day are being hanged at Saydnaya military prison, about 45 minutes north of Damascus.

Reacting to the report at a press conference which held on Tuesday in Jerusalem, Galant who previously served as the head of the IDF’s Southern Command, said:

‘The reality of the situation in Syria is that they are executing people, using directed chemical attacks against them, and the latest extreme — burning their corpses, something we haven’t seen in 70 years.’

‘In my view, we are crossing a red line. And in my view, the time has come to assassinate Assad. It’s as simple as that,’ he said.

Galant who admitted to the fact that is quite illegal under the international law to speak about political assassinations clarified his statement by saying he ‘wasn’t speaking about practicalities.”

‘Anyone who murders people and burns their corpses does not have a place in this world.

‘The time has come to assassinate Assad’, Israeli Prime Minister Yoav Galant was last modified: May 17th, 2017 by Reporter