TIMI Of EDE Celebrates 10th Year On The Throne 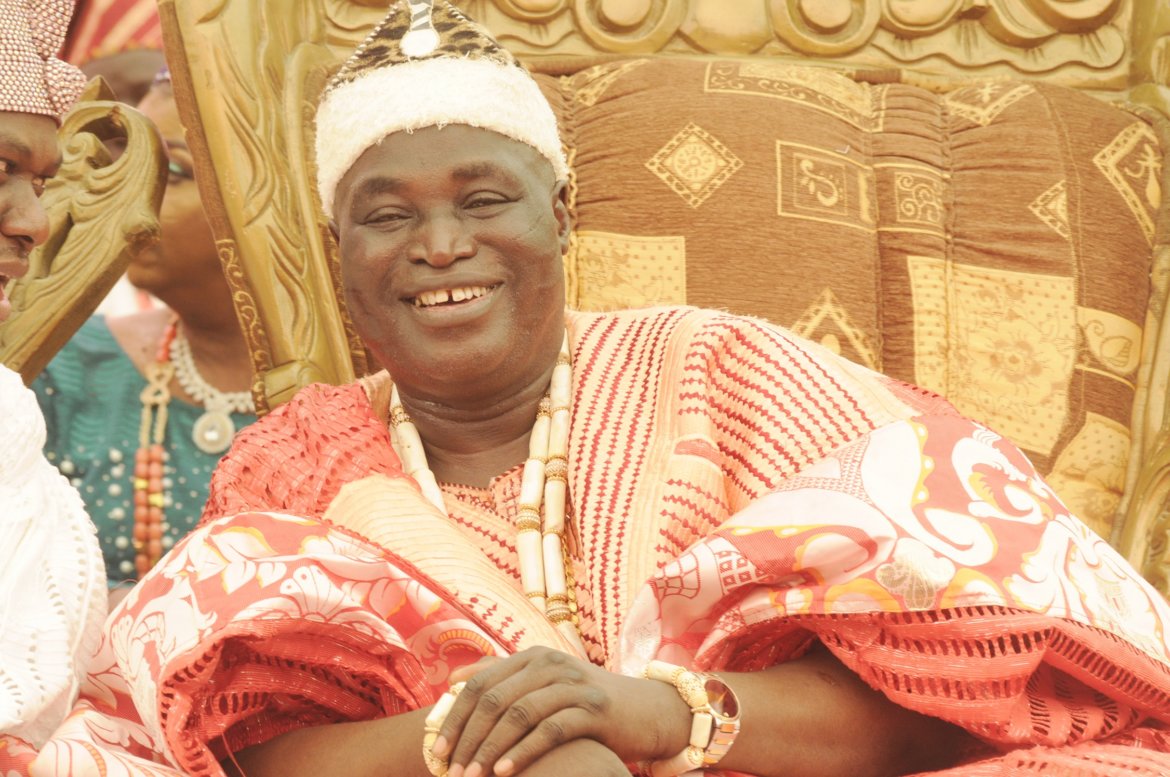 As Celebrities Storm EDE Town In A Big Way

On Saturday 10th March, 2018, Timi of Ede, Oba Munirudeen Adesola Lawal (Laminisa 1) marked the 10th year that he ascended his forefathers throne. The historical ceremony, characterised with lots of activities, was a whole week event with finale at the permanent orientation camp of the National Youth Service Corps (NYSC), Ede. Prominent personalities, notable monarchs, powerful politicians, captains of industries and movies practitioners in their number graced the occasion and set the sleepy Ede town agog. In the course of the coronation anniversary, Timi honoured some worthy personalities with chieftaincy tittles. City People’s Correspondent, DARE ADENIRAN, was at the event and hereby presents to you some of the gists from the memorable ceremony. Read on.

THE IMPRESIVE C.V TIMI OF EDE

He attended the Local Authority Primary School, Obada, Ede between 1962 and 1968. After which he further went further his Secondary School Education in 1972. In 1973, he enrolled at Ogbomoso Grammar School where he obtained his Higher School Certificate in 1975.

Between 1977-1980, he studied at the Adeyemi College of Education, Ondo, where he bagged the Nigerian Certificate in Education (NCE). It was during his teaching experience at the Government Secondary School, Birni Yati, Borno State under the NYSC scheme, that he discovered his calling; as a teacher. At the end of his youth service year, he promptly took up an appointment with the Baptist High School, Ede in 1981.

In the 1988-1989 academic year, he underwent post-graduate studies at the Obafemi Awolowo University, Ile-Ife, where he bagged a Masters in Business Administration (MBA) degree in 1989. He is also a proud holder of B. Sc degree in Production and Operations Management.

He has a Diploma in Computer Science from Ladoke Akintola University of Technology, (LAUTECH) Ogbomoso, between.1993 and 1994. In 2004, he obtained the Production and Operations Management from the College of Production Management (COPOM).

As a Professional NCE teacher, Oba Lawal taught at many schools befre he was engaged by Osun State Polytechnic, Iree, as Lecturer Grade II. Where he rose through the ranks to become Chief Lecturer in the Department of Business Admin and Management.

Chairman, Planning Committee of Timiof Ede land’s 10th year coronation anniversary, Professor Siyan Oyeweso, in his remarks, stated that activities, commemorating Timi’s 10th year on his ancestral throne were significant, considering the steady developmental strides and social economic growth that was being witnessed since Oba Lawal ascended the throne.He commended prominent Ede sons and daughters, including friends of the ancient city for their invaluable contributions to the growth of the town. He however, pleased with sons and daughters of Ede not relent until the town attain its pride position among the great and historical cities in Yoruba land.

Personalities honoured with chieftaincy tittles by Timi of Ede on the occasion of his 10th coronation anniversary as the 13th Time of Ede include Chief (Mrs.) Jadesola Qudus, as Iyalaje of Ede land; Hon. Rotimi Makinde and his wife as Babajiro and Yeye Bobajiro of Ede land respectively; Chief (Mrs.) Folasade Tinubu-Ojo as Ereluof Ede land; Chief Femi Bernard as Jagun of Ede land. While General Bajowa’s wife was made theYeye Oge of Edeland.

OSUN POLITICAL CLASS WAS NOT LEFT OUT

AN ARRAY OF OBAS.

WITH LOVE FROM MOVIE INDUSTRY.

No other musician could have done it better than the Fuji maestro, King Wasiu Ayinde Marshal popularly known as K1 De Ultimate. As he puts up a wonderful performance at the occasion, with good tunes to the delight of the VIP guests as well as guests general. In his usual way, the show was an excellent for outing for K1.

We Have Been Singing For Over 20 Years