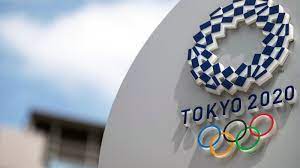 The Federal Government has fulfilled its promise to outstanding athletes at the on-going Tokyo 2020 Olympic games by rewarding Blessing Oborududu and Ese Brume with $10,000 and $7500 respectively.

The duo was rewarded for winning medals at the ongoing Tokyo 2020 Olympics. Ese Brume and Blessing Obodururu gave Nigeria bronze and silver medals at the Games respectively.

The Federal Government had announced a reward of 15, 000 dollars, 10,000 dollars, 7,500 dollars for gold, silver, and bronze medalists at the Tokyo Olympics.

A statement on Wednesday said the athletes were presented their cash prizes by the Minister of Youth and Sports Development, Sunday Dare, in a ceremony held at Grand Prince Hotel, Tokyo Japan on Tuesday.

The minister was quoted as saying, “There’s no point delaying the reinforcement of these athletes who have made the country proud, that is the reason they were rewarded immediately for their record-breaking performances.”

Reacting, Oborududu said, “I am just super excited and I want to say thank you to all my supporters and the Federal Government of Nigeria for the encouragement.”

What To Expect At This Year’s Tabieorar Festival – The Most Rev. Dr. OKIKIOLA OSITELU Reveals