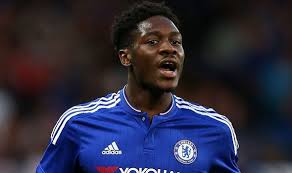 Super Eagles defender Ola Aina has been omitted from Chelsea squad that traveled to Dublin on Tuesday.

The player is not in the plans of Chelsea coach, Maurizio Sarri for the forthcoming season.

The former England U19 captain was not named on the Chelsea roster and is set for another loan move.

Aina’s first loan spell in the 2017-2018 season saw him appear in 46 games across all competitions for Hull City.

He also scored his maiden senior goal against Blackburn Rovers in the Emirates FA Cup in January 2018.

He has been with Chelsea since 2007 but has played only six first team games for the club.