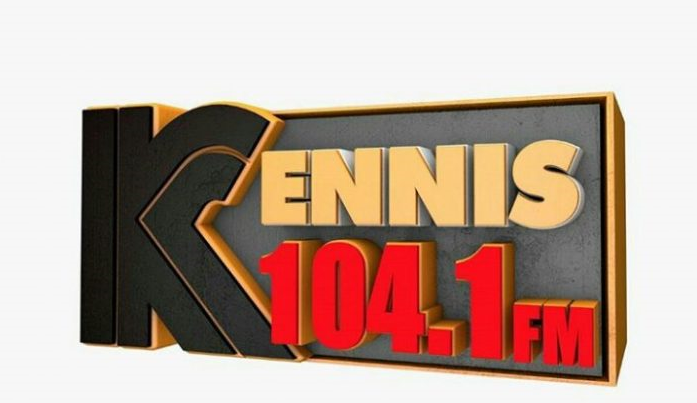 With over 30 Radio stations in Lagos presently, the latest radio owner in the city of Lagos is no other than the all popular media guru, World famous Kenny Ogungbe now fondly called GCOB.

Kehinde “Kenny” Ogungbe, is a music broadcast journalist and music executive. He is the founder and eponym of the label Kennis Music. Dr. Kenny Ogungbe has been Managing Director of Raypower FM Radio Services and Executive Director of Daar Communications Plc since 2012 and 2011 respectively. Dr. Ogungbe grew from the Assistant General Manager in 1993 to Managing Director in 2000. Mr. Ogungbe has extensive experience and is a well-known figure within the entertainment industry.

Keke as he is popularly called successfully hosted TV shows such as AIT jamz later turned Primetime Jamz. The media personality was responsible for shaping the careers of artistes like 2Face Idibia, Eedris Abdulkarem, Tony Tetuila, Sound Sultan among others.

Kenny Ogungbe will be looking to leverage his years of many experience in the media particularly on radio to successfully grow his newly floated radio station to enviable heights.

Kenny Ogungbe hosted City People Publisher, SEYE KEHINDE and his Showbiz Reporter, DANIJI EMMANUEL in his newly floated Kennis FM 104.1FM Studio. In this interview, the prolific broadcasted revealed how he waited 18 years to get a radio license and his journey into broadcasting since 1993. Enjoy 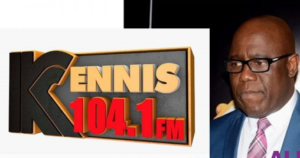 How does it feel owning a radio station?

I feel good. This is a journey that started over 30 years ago. If I am to remind everybody, I applied for a radio license in 1999, this is 2017, that’s 18 years ago. I was been steadfast and faithful. Even my wife said she hadn’t seen anyone as faithful as me. I kept telling her “License would come out”. 18 years after, license came out, I’m happy. I give thanks to God.

What’s the Focus of your Radio Station?

It’s Entertainment. When you say Kennis, what comes to your mind is Music. We also don’t want it to be just music, as you know when you listen to us in the morning, where we have 2 angels, Funmi Jean and Sheri Coco, we give listeners news and weather report. At 7:30 we do Sport for 10 minutes, by 8am we do Business news, 8:30 we take the news International. By 9AM we are dishing out Entertainment news and by 5 Minutes before 10am and 11am we do news again. It’s a combined effort of giving people information and news in a different way. We are different, we have experience in this business and we want our experience to come forth.

What’s the unique factor of this station that sets it different from other stations?

When you say Kennis, what comes to your mind is music. We have been doing Entertainment for the past 20 years; we can’t leave entertainment and delve into something else. We stay where we are comfortable, we are used to music and we stay with music. Listeners get fresh music, fresh information, latest music and latest information because of our journalistic experience in music.

You’ve got a usual team of OAPs, what inspired the selection process?

Let me start from the Angels, the Angels with me during the morning belt, first is Funmi Jean, she is an experienced broadcast journalist, she had her Masters in Broadcast journalism in Bristol, UK. She had her first degree in Babcock University, Nigeria. She has experience; she has worked with BBC and some other Radio Stations. Sheri Coco is the 2nd Angel who works alongside myself and Funmi Jean. The afternoon belt is hosted by a female DJ who also doubles as an OAP. She relocated from Houston to Nigeria to work with us. I met her in Houston some years back and she played in one of our shows. The evening belt is anchored by Alex who has so many a.k.a. His voice is very unique and he has never been heard on Lagos Air till we brought him in. Even though we are starting small, we are also expanding as well.

You’ve got a concept that incorporates DJ in almost all your shows. How is that?

This is the only radio station in Nigeria that has a DJ play every morning of each day, from Monday to Sunday. As a music person and a journalist, I brought about a unique combination to Kennis FM. That is our selling point. DJs need to be given a platform to prove themselves. They ought to be respect. We have got 3 professional DJs in Kennis FM, DJ X-Kriss, DJ X-Smart and DJ Oscar. The 3 DJs make sure that every song you listen to on Kennis FM is in the mix, no cutting. 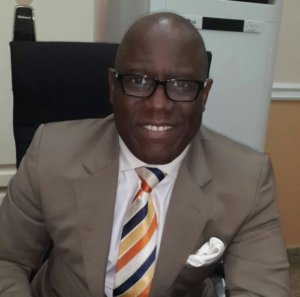 So how does Kennis FM fit into the Kennis Conglomerate?

We have a TV station. It’s on air in Jos and Abuja on DSO (Direct Switch Over). Its free of charge and open to air just like every other local station. It’s coming to Enugu and Ilorin very soon and after that we would resume plan to bring it to the big City, Lagos State. We are working. We don’t talk too much, we just want to talk. This is the first interview we are doing in ages. We have been declining interview request from so many media houses.

Can you share with us how been a pioneering member of Ray Power has brought you to this point of owning your own station?

The experience I had gathered from pioneering Ray Power is what is working for me now. If you tell me I have very few members of staff or started in a small place, I’ll say it’s because we need to start small to expand. The experience with Pioneering Daar Communications is an experience that cannot die. The teachings of High Chief Raymond Dokpesi are something that cannot die. I lived it, experienced from it and it is what is working for me now.

How did you start out with Ray Power?

When we started Ray Power in 1993, the whole place was a jungle, not a single house existed in Alagbado then. We came on, we were building the Transmitter hall, while that was ongoing, we were also installing. As at when the transmitter hall was ready, the studio wasn’t ready. So we asked ourselves, how do we start? So I said, let’s go into the car, put something together, bring out the exiter and antenna and lets check if it would work. We did that and it worked and that is why I keep saying, Ray Power started from a car. So you see why I decided to start small no matter what. I told myself that even if it was inside a small match box, I would start Kennis FM and here I am today.

When did you start Kennis FM Officially?

We started Airing in September 2016. We played only music for 6 Months before officially starting our programs on April 3rd. My Pastor, Pastor Okeke was the one who launched our programs with a prayer that morning before we started broadcasting. People call in from everywhere to encourage us and tell us they love the station. We give God the glory.

Who would you say made this possible for you?

First of all I would say God, after God it was Dr. Dokpesi.Dr. Dokpesi is someone I listen to irrespective of what he says. He kept assuring me that my License would come. The way he made the presentation to the Presidency was amazing. He told me that after I come back from the Grammies I should come to Agenebode. I was like from Hollywood Carlifornia to Agenebode, it sounded somehow. A friend and Inlaw of mine discouraged me from going to Agenebode because as of the time, they had just kidnapped Ozekhome. I really didn’t know what to do but Dr. Dopeksi kept insisting I come. I told him someone said if I come to agenebode I would be kidnapped. He asked who told me and I refused to give him a name. He later concluded that I come to Benin and he would send an armored SUV to pick me up to Agenebode. The next morning I went to Agenebode and the first question he asked me was “where is your license?” I asked him a license for what and he said my radio. I told him he said he would get it for me and that I don’t know anybody in the presidency as the president must sign for you to have a radio station in the country. He told me not to worry that he would go to Abuja the next Monday and that all I needed to do was to prepare a letter. I did the letter, he took the letter, we went to Abuja and he gave the presidency and it was approved. I stayed back in his house while he went to Aso Rock and when he returned, he just told me I have been given the license, I didn’t know what to say, I was speechless. He asked me what I would name the station and I was still speechless. It was his first son, Chief Dokpesi Jnr who answered Kennis FM. I didn’t even name the station; it was his son who named it Kennis FM. I am very grateful to High Chief Dr. Raymond Dokpesi for all the support. He paid for the license and also bought the radio station equipment. I am very grateful to him. He also paid for the equipment installation.

How did your journey into Radio Broadcasting start for you?

I was in Abeokuta; I was working with NTA Channel 12 as production assistant. As at that time, Ogun Radio came from Oyo. As I was working for NTA, I was loving music. I was introduced to loving music by my sister, Chief Mrs. Mojisola Dokpesi, then, when she comes back from school, she comes home with some music tapes and we play them and dance to them. The love for music was in the family, so I decided to Join Radio since I am already on TV. I started following the likes John Mommoh of Channels TV, Tunji Marquis, Olusesan Ekisola and so on. The man who really opened the door for me into journalism was Femi Sowoolu, I was brought to him by Kola Omoyimi. I told him I wanted to be a broadcaster, he told me that, “you want to be a broadcaster? I’m going out to take a stick of cigarette, don’t let me comeback and take the show from you.” That was how it started for me. When he came back from his cigarette break, he didn’t take over the show till the very end. Since then I had a lot of confidence that I want to do radio and that was the beginning. After that I met Dr. Dokpesi and while he had lost the battle for Presidency and Senate, he asked me what’s next and I told him let’s try radio.  We travelled to Los Angeles and unknown to me he was going to buy Radio Station Equipment. I thought we were just visiting upon our return to design a good radio. It was on that trip that he spent over a million Dollars to buy Radio Equipment that started Ray Power. It was amazing.