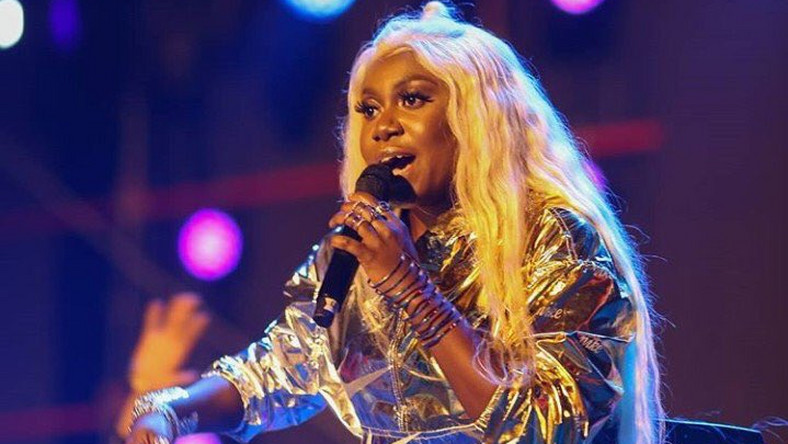 There is a reason why the word ‘festival’ is added to Sound city MVP Award brand. Outside being an event where artists are rewarded for their efforts in the year under review, it is also a night where performances and musical artistry are usually placed on show.

From the opening set of performances to the different sets at several points during the show, the SoundCity stage is one that has been lit up by not just the biggest of names but also the next generation of superstars.For this year’s edition, names like Idowest, Slimcase, Mz Kizz, Oladips, Chinko Ekun,Naira Marley, Kida Kudz, Skibbi, Mystro, Victor AD, Teni, Patoranking, Navy Kenzo, Busiswa, Niniola, ill Bliss, Phyno, AKA and Jidenna were all on ground to provide entertainment as the prizes were dished out.

Of the lot, here are the top 3 standout performances on the night

Niniola showed yet again why she has grown into a force on the scene since the release of her debut effort ”This Is Me” in 2017.

From her outfit which matched her persona, the talented singer who has made a name for herself with her flirtatious tone and sexual innuendos laced lyrics is the complete package; singer/songwriter and performer.

Niniola cast a spell on the night with her invigorating set and the crowd who had gathered, especially those close to the stage felt it the most as they lunged forward, pressing each other, just in a bid to touch her as she danced [She killed the Zanku], went on her knees severally, enticing and luring them into her world with her stage craft.

Performing her singles like ‘Maradona’ and ‘Bana’, Niniola made each song sound even joyous as she rocked her way into the hearts of everyone who tuned into the show on the night. Bringing the now famous street dancer, Poko Lee, as part of her set was the icing on a solid display.

When you perform in front of a crowd that is not too familiar with your music, understands next to nothing of the language you speak with a large number of them getting introduced to your songs for the very first time and yet you leave the stage with a loud ovation and people openly appreciating your craft, then you have done a good job and that is what Busiswa scored on the night.

The South African singer may have long been big back home, but on the SoundCity MVP stage, she ensured she was also a big entity across the continent.

Her performance was the definition of electrifying and her set was entertaining all night. She was a bundle of energy not just with her voice but how she moved on stage, covering every inch, stopping in-between to show off her dancing and all the while looking like she was having the best time, before closing her set with ‘Magun’ remix where she was joined by Niniola.

Her performance indeed mirrored that of a queen for the artist who also won the Best Frmale MVP award on the night.

From the moment he stepped on stage backed with his live band [The only artist that used one on the night], you could sense that something different was about to take place.

Performing songs like ‘Suh Different’, his breakout single, ‘Alubarika’ and the more recent hit, ‘Available’, Patoranking displayed an artistry light years above that of his peers.

The stunning performance which was also the longest on the night was full of strength, a controlled vibe as he constantly communicated with the audience and showed an understanding with his band as they gave each song a totally unique feel.

Effortless is one way to describe how Patoranking in his robe delivered the most entertaining performance of the night.

Shocking Things We Alaga’s Go Through When We Anchor Events