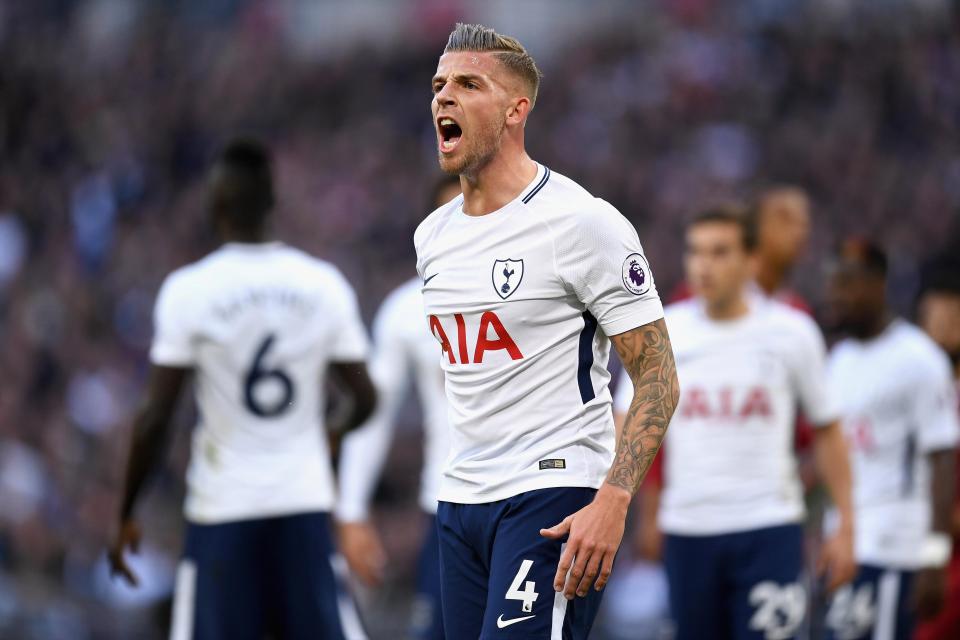 A report reaching the media has revealed that Manchester United have an agreement in place with Tottenham for the signing of Toby Alderweireld, but Spurs have refused to complete the deal until they have brought in a replacement for the Belgium international.

And, with United nervous as to Spurs’ motives, their search for an alternative centre-back will continue to cover for the eventuality that the north London outfit will pull out of the deal at the last minute ahead of Thursday’s transfer deadline.

United have been pursuing the 29-year-old throughout the summer but have widened the net in recent times after the initial failure to agree a fee with Spurs chairman Daniel Levy.

That led to increased interest in Leicester City’s England defender Harry Maguire, but a similar £75 million ($97m) price tag to that pinned to Alderweireld put United off .

But Goal understands that a compromise was finally reached between Spurs and United last week, on the condition that Spurs can cover for the loss of the defender.

And it is believed that this was the news executive vice-chair Ed Woodward was delivering to manager Jose Mourinho when the pair were seen in brief conversation in Miami after the 2-1 International Champions Cup win over Real Madrid.

The nature of the latest twist has prompted United to keep working on possible additions at centre-half, with Mourinho insistent that he needs a high-quality addition before the window closes even if Tottenham don’t bring in a new player and thus fail to release Alderweireld.

That was what brought about the brief interest in Barcelona’s Yerry Mina and their latest inquiry relating to the availability of Bayern Munich’s Jerome Boateng.

Alderweireld has remained their number-one target to add to their defensive stocks during the various twists and turns of this summer’s search, and the player is keen to end his spell in north London after falling out of favour with Mauricio Pochettino last season.

Whether they land Alderweireld or one of their secondary targets, United are set to listen to offers for Argentine defender Marcos Rojo before the end of the European transfer deadline on August 31 as Mourinho looks to trim down the number of central defensive players his squad.