Toyin Abraham’s Ex-Husband Adeniyi Johnson Opens Up, she Cheated on me While Married 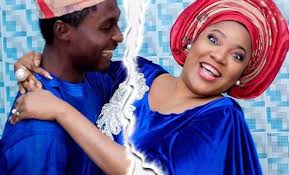 Nollywood actor and former husband of actress Toyin Abraham, Adeniyi Johnson is calling her out saying she was already having an affair with then rumored boyfriend Seun Elegbede before their marriage crashed.

Adeniyi in an interview with Ebuka Obi-Uchendu on Channels TV’s Rubbin Minds finally shared the details of his marriage with Toyin Abraham.

Adeniyi opened up on the relationship between him and Toyin and how he had even tried several times to reach out to her but met with disappointment. He is moving on though with his new wife, actress Seyi Edun.

Watch the interview below.

Toyin Abraham’s Ex-Husband Adeniyi Johnson Opens Up, she Cheated on me While Married was last modified: May 7th, 2018 by Igbokwe John