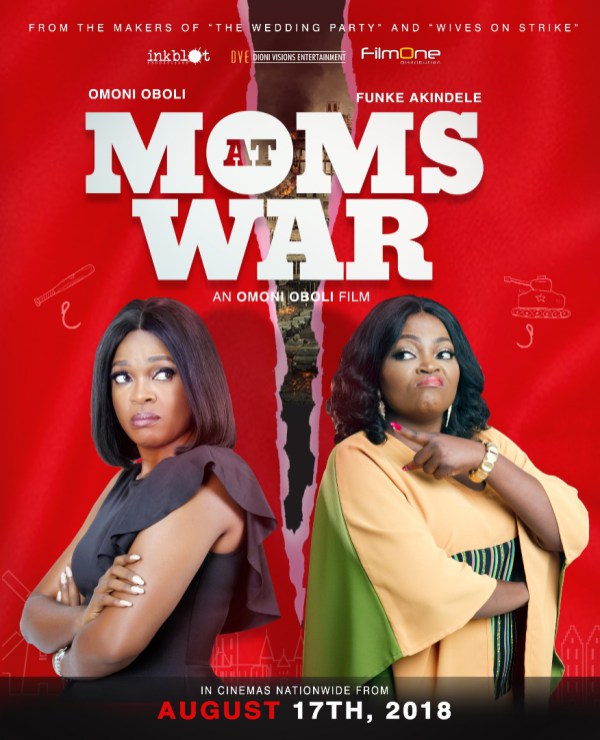 Award winning actress Funke Akindele and Omoni Oboli will be going head to head in a battle of moms.

‘Moms At War’ tells the story of Olaide and Ebubechukwu, two mothers who would do anything for their children.

Oboli stars as Ebubechukwu, a posh career woman born with a silver spoon who expects her only daughter to follow in her footsteps.

Akindele plays Olaide, a self-made woman  who built herself up from nothing to raise her son and give him the life she did not have.

With their children competing for a place in a prestigious scholars program, everything starts to derail as the mothers go head to head to ensure that their own child wins.

From Inkblot, Dioni Visions and Film One, the dramedy also stars Yul Edochie and Eucharia Anunobi.

Directed by Omoni Oboli and written by Naz Onuzo, ‘Moms At War’ premiers in cinemas across Nigeria on August 17.

READ ALSO: DBANJ – DEDICATES NEW SONG TO HIS WIFE FOLLOWING THE DEATH OF THEIR SON