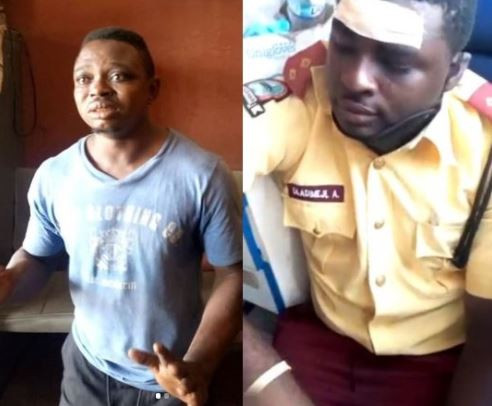 A tricycle operator was arrested on Friday, January 25, 2019, for hitting a LASTMA officer at Ajayi Farm bus stop, Ikeja, Lagos.

According to LASTMA, ‘the culprit was driving against traffic and tried to evade arrest but he sped off and was given a hot chase and finally arrested’.

LASTMA went on to say, ‘assault on officers is a serious offence and sinners will not go unpunished! Thanks to LASAMBUS for responding swiftly to the emergency’

‘TraderMoni is a form of vote buying’ – Transparency International