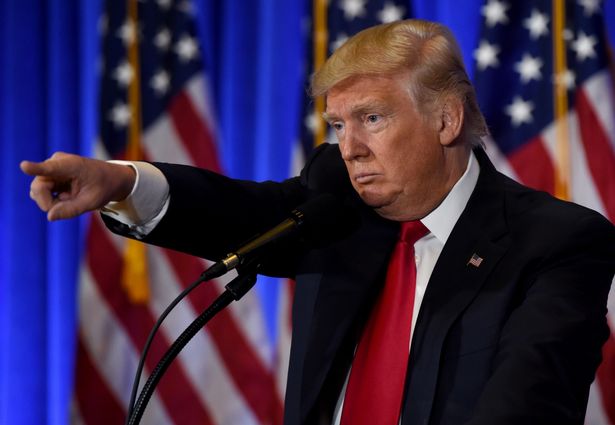 Iraq has been removed from the list of countries contained in the previous seven-nation order.

Citizens of Iran, Libya, Syria, Somalia, Sudan and Yemen are the ones who would be subjected to a travel ban for the second time.

The measure, which includes a 120-day ban on all refugees, takes effect on March 16.

“Like every nation, the United States has a right to control who enters our country and to keep out those who would do us harm,” Trump said.

Trump previously signed an order that banned citizens of seven Muslim-majority nations from entering the US, saying that it was necessary to keep the country safe from terrorism.

The order, which resulted in chaos and mass protests, was suspended after a court order.

Kellyanne Conway, Trump’s senior aide, had earlier told BBC quoted that Iraq will not be included in the list of countries whose citizens will banned from the US.

She had also said that green card holders (legal permanent residents of the US) from the named countries will not be affected by the new order.

Also, Syrian refugees would no longer be indefinitely barred.

The 10-day advance notice would help to avoid some of the chaos at US airports that occurred on January 27 when the first executive order was announced without warning.

Trump defended the lack of notice saying that “if the ban were announced with a one week notice, the ‘bad’ would rush into our country during that week”.

The new executive order may experience the challenges the previous one faced because the previous was suspended by a court because judges found “no evidence that any alien from any of the countries named in the order” had committed a terrorist attack in the US.

It Will Take Four Generations To Separate Nigeria – Buratai

2023: Nigeria’s next president must understand the...