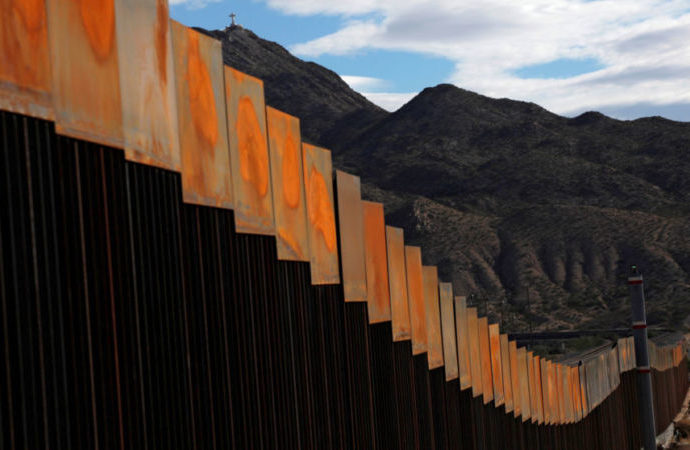 President-elect Donald Trump has insisted that any money spent by US taxpayers on a border wall will be repaid by Mexico.

Mr Trump reacted after House Republicans said that he had approached Congress to pay the $14bn (£11bn) bill for the wall project.

That appeared to be a clear U-turn on his presidential campaign pledge to make Mexico pay for the construction.

But Mr Trump said the media had twisted the story.

“The dishonest media does not report that any money spent on building the Great Wall (for sake of speed), will be paid back by Mexico later!” Mr Trump said on Twitter.

Mr Trump did not clarify how he intended to make Mexico pay for the wall.

Former Mexican president Vicente Fox Quesada was quick to deny that Mexico would refund any cost.

“Trump may ask whoever he wants, but still neither myself nor Mexico are going to pay for his racist monument. Another promise he can’t keep,” he responded.

Mr Trump’s transition team are exploring whether they can make good on his promise to build a wall without passing a new bill.

Under the current plan, the Trump administration would rely on existing laws allowing fencing along the southern border.

Whatever steps might be taken without Congress approval, the wall is unlikely to match Mr Trump’s extravagant promises.

He vowed to build an impenetrable wall along the southern border, built of hardened concrete and steel.

He said the wall would feature a “big, beautiful door” to allow legal immigrants to enter.

Most experts viewed such promises as unrealistic and impractical.

Mr Trump has since rowed back on aspects of the project, saying he would be open to stretches of fencing.

Trump says Mexico will pay US Back For building Border wall was last modified: January 6th, 2017 by Arinze Ago